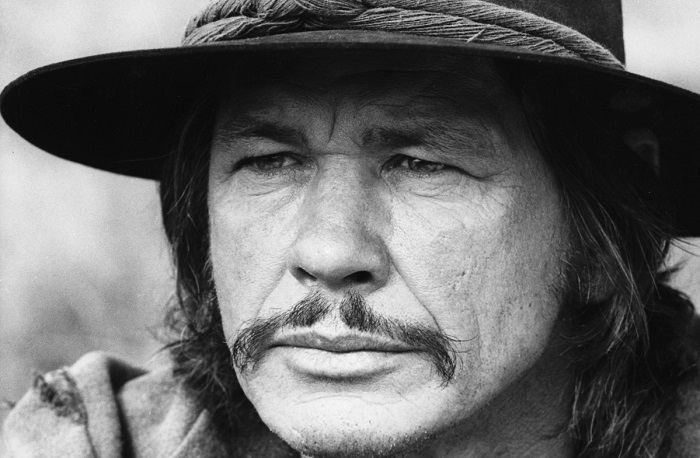 Charles Bronson is a very popular American actor who became known for his roles in action and drama movies and TV series.

He is one of the most respected American actors of the 20th century and has earned himself a special place in the history of American cinematography.

He was born as Charles Dennis Buchinsky in November 1921 in the town of Ehrenfeld, located in the state of Pennsylvania in the United States. He grew up in an extremely large family of Lithuanian roots (Lithuania is a state in Eastern Europe).

He had fourteen siblings and he was one of the youngest of them. His family was a member of the Roman Catholic Church and religion was very important to his parents.

His father’s real name was Valteris Bučinskis but he later turned it into Walter Buchinsky because it was easier to adjust to American laws and it was easier for his children in school.

His mother Mary was born in the US but her parents were also of Lithuanian roots although she was never in their homeland in Europe.

There is one very interesting thing that many people don’t know about Charles Bronson and that is the fact that he learned to speak English when he became a teenager. Before that, he knew only Lithuanian and Russian language.

All of his siblings went to high school but Charles was the first one to succeed in finishing it.

A great tragedy occurred to him when he was only ten: his father died and he had to start earning for the family and had to work in the coal mines. He worked there until World War II when he was enlisted in the military service.

His family was very poor and he was always very poorly dressed and couldn’t get anything more than necessary items like food and clothes, sometimes not even that.

In 1943, he started serving in the Army Air Forces and was a part of it which was involved in combat against the Japanese.

He was a great soldier and has been involved in over 20 missions. He was decorated with a Purple Heart for his outstanding bravery. He was also wounded in the war.

After coming home from war life took him to Philadelphia where he started working and living. He frequently changed jobs until he decided to join a theatrical group.

His aspirations to become an actor grew and in 1950 he decided to move to Hollywood and start taking acting classes.

He received minor roles but was very happy about them since it was his dream of being in front of the camera.

In 1951 he gained his first larger role in a movie titled “You’re in the Navy Now”.

He appeared in two more movies that year: in “The Mob” and “The People Against O´Hara”.

In 1952 he was invited to join The Red Skelton Show where he played the role of a boxer.

Charles also appeared in one episode of a series titled “Biff Baker, USA” which evolved about espionage and was aired on CBS. There he worked together with Lee Marvin, an actor with whom he would later work numerous times.

He received small roles throughout 1953, in movies like “Miss Sadie Thompson” and “Riding Shotgun”.

In 1954, he gained a role in the hit movie “Apache”, directed by Robert Aldrich. The director liked his work so he hired him again in his next movie titled “Vera Cruz”.

These roles brought interest to him so he received his first huge role in the movie “Drum Beat”, directed by Alan Ladd. His role was based on a real character, a villain named Captain Jack, and this role became the one that everybody spoke about.

That year was special for him in one more way: it was the year he changed his name into Bronson (from Buchinsky). He did it unwillingly but he listened to his agent who believed that people would judge him based on his background and that he would not receive good roles because of it.

He received a role in a drama series named “The Sheriff of Cochise”, in an episode “The Apache Kid”. He appeared in the same series twice.

Alfred Hitchcock hired him to act in two episodes he filmed in 1956 and one in 1962.

In 1957 he gained popularity with his role as an outlaw Danny Arnold in an episode of A Western series called “Colt .45”. the name of the episode was Young Guns.

In 1958 he starred as Butch Cassidy in the same-named episode from the “Tales of Wells Fargo” TV series.

From 1958 until 1960 Charles became the lead actor of a detective series which ran on the ABC under the name “Man With a Camera”.

He also appeared in a TV series named “Hennesey” and “Yancy Derringer”. He played both good characters, like policemen and detectives and the bad ones, of villains and murderers.

In 1961, he starred alongside Elizabeth Montgomery in an episode of a popular fantasy series called “The Twilight Zone”.

In 1959 he was one of the cast members of a high budget war movie titled “Never So Few”, which was directed by John Sturges.

In 1960 he appeared in “The Islanders” series and in a TV western series “Laramie”.

In 1960, he got famous for his role as a gunfighter in the hit movie “The Magnificent Seven”, directed by John Sturges. This role gained him huge attention in Russia and he became a star there.

In 1961 he gained a lead role in a romantic drama movie titled “Master of the World”, alongside Vincent Price. One of his bigger roles that year was in a movie titled “X-15”.

In 1961, Charles received a supporting role in an episode of General Electric Theater aired on CBS which earned him his first Emmy nomination. Next year he appeared in “Kid Galahad” where he starred alongside one and only Elvis Presley.

In 1963, the director John Sturgess, who was a big fan of Bronson, cast him in his Hollywood movie called “The Great Escape” where he had the lead role of a claustrophobic Polish soldier. This movie turned out to be a huge hit and brought him accolades from many film critics.

The same year he starred in the movie “4 for Texas” but this time in the role of a villain. This was a Robert Aldrich movie and it was also very well received by the critics.

He played the role of wagonmaster for two years in a TV series called “The Travels of Jaimie McPheeters”.

In 1965 he gained the lead role in a Western movie called “Guns of Diablo”. He also appeared in “The Legends of Jesse James”.

He was a part of a very successful movie titled “Sandpiper” but the popularity of the movie was big due to the lead actors Elizabeth Taylor and Richard Burton.

In 1967 he appeared in one episode of “The Fugitive” which aired on CBS.

In 1967 he gained a lead role in a huge box-office hit movie called “The Dirty Dozen”, directed by Robert Aldrich who was his huge fan.

Although he had many lead roles he was always surpassed by someone else and it seemed that he would never become a major star.

Charles Bronson was involved in the European cinematography as well. He starred alongside Alain Delon in a movie called “Adieu l’ami” which became a huge hit in Europe and brought him fame even outside the US.

His next European work was ina movie titled “Once Upon a Time in the West”, directed by Sergio Leone. This was also a huge hit and the director praised Bronson and his acting abilities.

Sergio Leone wanted to hire him as the lead role in “A Fistful of Dollars” but Bronson turned the offer which gave Clint Eastwood the opportunity to get famous.

He also appeared in the movie “Guns for San Sebastian”, alongside Anthony Quinn in 1968.

Bronson was highly appreciated by the French and his thriller movie called “Rider on the Rain” from 1970 became a huge hit in France and had earned a Golden Globe Award in the category of Best Foreign Language Movie.

He had appeared in many French action movies like “Violent City”, “Someone Behind the Door” and “The Valachi Papers”.

Charles Bronson and Sean Connery both received a special Golden Globe Award regarding their popularity overseas.

1972 brought change in his career because he started working with the United Artists movie company which resulted in several successful action movies.

In 1972, he starred in a hit movie called “Chato’s land”, directed by Michael Winner. The duo later worked together again in “The Mechanic” and “The Stone killer”.

In 1973/74 they worked together on two more movies titled “Sturges on Chino” and “Mr.Majestyk”.

Bronson’s role as Paul Kersey, an architect revenging his family, became one of his most famous roles. The movie in question is Michael Winner’s “Death Wish”. He made several sequels later on.

He had earned good reviews with his role as a fighter in Walter Hill debut movie called “Hard Times”.

At that time Charles was one of the most popular actors alongside Robert Redford, Al Pacino and Barbra Streisand.

In 1982, he starred again in a Michael Winner movie. It was a sequel of “Death Wish” named “Death Wish II”. The film was a huge hit.

In 1983 he starred in “10 to Midnight” where he had the role of policemen, trying to catch a serial killer.

In 1985, he was hired again for “Death Wish III” with Ed Lauter as his co-actor.

His last movie was made in 1999 and was titled “Family of Cops”.

As for his personal life, he was married several times. He married his first wife Harriet when he was very young and the stayed together until 1965. They have two children together.

In 1968 he got married to Jill Ireland, an English actress whom he loved very much. She had three of her children and they had to of their own so the family had seven kids all living together.

He often starred with his wife, and the number of their together movies is 15.

Charles always wanted to be close to his wife and children so they moved with him depending on where he filmed his movies.

Jill died of breast cancer in 1990, when she was 54 years old and it had a huge impact on him.

He remarried eight years later to Kim Weeks, and they were married for five years when he died in 2003.

Net Worth: $65 million at the time of his death