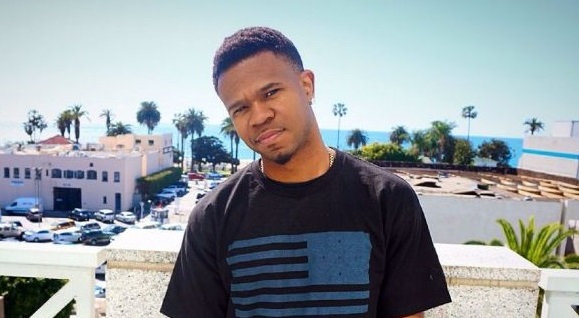 Today you will have the opportunity to find out all about Chamillionaire. If you don’t know who he is, don’t worry. We will help you get to know all about him and his career. Chamillionaire is actually a stage name of a popular American rapper Hakeem Seriki.

He is a rapper, record producer, as well as an investor and entrepreneur, so he is obviously very successful in his career.

However, people usually know him because of his music career. He is undoubtedly one of the most popular American rappers nowadays and he lives currently in Houston, Texas.

If you read our today’s article, you are going to see many interesting things related to the career of Chamillionaire, as well as to his personal life. You will see his most popular hits, his net worth, marital status, etc. If you already know who Chamillionaire is and if you like listening to his songs, you should not miss the following chapters.

As we have already mentioned in the previous chapter, the full name of Chamillionaire is Hakeem Seriki. Hakeem Seriki was born on November 28, 1979 in Washington, D.C., United States. His father is a Muslim with Nigerian ancestry.

His mother is of African-American ethnicity and her religion is Christianity. When Hakeem Seriki was 4 years old, he moved with his family to Houston, Texas and he spent his childhood there.

When he was a teenager, his parents divorced and he moved again. In his teenage years Hakeem Seriki lived in a dangerous neighbourhood of Houston known as Acres Homes.

We have also to mention that Chamillionaire has a younger brother and his name is Rasaq Seriki. He is also a rapper and for a short period of time he was a member of a hip hop group The Color Changin’ Click. Later you will see something more about this group that was very important for Chamillionaire as well.

At that time Chamillionaire admired an American rap group Geto Boys, as well as a group UKG that was very popular. Other hip hop bands that may have influenced later career of Chamillionaire are Public Enemy, N.W.A, etc.

In the chapter below you are going to find out all about the career of Hakeem Seriki, whose stage name is Chamillionaire. When we tell you what his songs are, you may recognize some of them.

Before we tell you how the career of Chamillionaire began, you need to know that he is not only a rapper, but he is also a record producer and executive, songwriter, investor and entrepreneur. His career is very rich and he is very successful in all those areas. However, we will start from his music career.

In his teenage years Hakeem Seriki wanted to be a rapper, as we have already said. Together with his friend from childhood, whose name is Paul Wall, he decided to make a music career. First we have to tell you where his stage name comes from. Actually, Chamillionaire is a combination of the words chameleon and millionaire.

In the following period Chamillionaire and Paul Wall made their own music band under the name The Color Changin’ Click. The first album that this group released was Get Ya Mind Correct and it was very popular. More than 150000 copies of that album were sold. Also, this album was nominated for an independent album of the year 2002 by an American website and magazine known as The Source. The second studio album of this group was Controversy Sells and it was released in 2005.

However, we have to mention a solo career of Chamilionaire as well. His first solo album was The Sound of Revenge and it was released in the year 2005. On the famous Billboard 200 charts this album was on the 10th place. The most popular single from this Chamillionaire’s album was Turn It Up. The song Ridin was also one of the most popular songs from this album, as well as in the whole career of Chamillionaire. Another popular song from the album The Sound of Revenge was Grown and Sexy.

Also, it is important to say that in summer 2007 Mixtape Messiah 3 was also released. This way Chamillionaire wanted to promote his second studio album. Its name was Ultimate Victory and it was released in September 2007. Some of the guest appearances on this album were a rapper Lil Wayne, R&B singer and rapper Lloyd and many others. The most popular singles from the second album of Chamillionaire were Hip Hop Police and The Evening News.

There are also three extended plays in the career of Chamillionaire. The first of them was released in 2012 and its name was Ammunition. In February 2013 Chamillionaire released his new EP that had a name Elevate. Another extended play that he released was in July 2013 and it had a title Reignfall.

Apart from being a rapper, we have also to mention a business career of Chamillionaire. He invested a lot of money in Fly Rydes, which is a company for customizing cars. Also, today he owns his record label that has a name Chamillitary Entertainment. Chamillionaire is also the so called entrepreneur in residence, which means that he is very successful as an entrepreneur in capital firms, business schools, law firms, etc. Also, Chamillionare is one of the earliest investors in Maker Studios, which is now a Disney Digital Network. But, it is not all that we can say about the business of this popular rapper.

He has also his modelling company that is known as Masterpiece Mind Frame. It is also said that Chamillionaire is an owner of a bus service called Tour Bus. Chamillionaire is also a part of a venture capital firm from Los Angeles called Upfront Ventures. He started this business at the beginning of the year 2015.

It is interesting that Chamillionaire has also appeared in a music talk show called Soul Train and he was also playing in a movie Dominos: The Games We Play (2006).

As you can see, there are so many things to say about his career, but now it is time to see something about his private life as well.

First we will tell you what the marital status of this famous rapper and investor is. There were rumours that Chamillionaire was in a relationship with Deetra Gulliory. There is not much information about this woman, but it is supposed that they were together in 2001.

However, in May 2010 he shared with his fans on social networks that he is going to be a father. He got a son whose name is Xavier, but it is not known who the mother of that child is.

Also, it is not known if Chamillionaire is still with that woman or not, but we suppose that he is not married. He doesn’t talk very much about his private life and he usually shares with his fans his business projects and news.

In summer 2010 the bank closed the third mortgage property mansion of Chamillionaire. He said in one of his videos that this mansion was a wrong investment for him and he gave it back to the bank, after he paid more than 2 million dollars for it.

There is also a controversy related to the personal life of Chamillionaire. Actually, it is said that his brother Rasaq Seriki and Paul Wall had a conflict in a nightclub. Paul Wall attacked Chamillionaire’s brother and Chamillionaire said that he is disappointed because of that. This incident probably caused the end of the group The Color Changin’ Click.

Ethnicity/Race: Black (He has Nigerian and African-American ancestry)

Distinctive Features:  He is usually wearing a cap. He has teeth with diamond.

We have already told you that Chamillionaire has a lot of professions, but most people know him as a rapper. However, there are so many sources of his income but most money he is earning from his music career. The estimated net worth of Chamillionaire is 25 million dollars. There is no doubt that he is very successful and one of the wealthiest celebrities in the U.S. You can also find him on social networks, where you can follow his success.

Chamillionaire is a famous American rapper, songwriter, record producer, entrepreneur and investor. His career is very rich and his net worth is about 25 million dollars.

His music career began when he was very young. As we have already said, Chamillionaire made a rap group with his friend Paul Wall and its name was The Color Changin’ Click. The first studio album of this group was Get Ya Mind Correct and it was released in 2002. Their second studio album was released in the year 2005 and its name was Controversy Sells.

Chamillionaire is also known for making great success in his solo career. His first studio album was The Sound of Revenge and it was released in 2005. His second studio album was released two years later, in 2007, and its name was Ultimate Victory. He wanted to release his third album Venom (Poison) as well, but this album was cancelled because of many reasons.

We will also mention three extended plays of Chamillionaire and their names are Ammunition (2012), Elevate (2013) and Reignfall (2013). The most popular singles of Chamillionaire are Ridin’, Turn It Up, Not a Criminal, Good Morning, Grown and Sexy, Creepin’, etc.

Apart from his music career, we have already mentioned that Chamillionaire is a very successful investor and entrepreneur. He invested a lot of money in different companies and projects. All of them have brought him amazing wealth. His net worth of 25 million dollars is telling us how successful he is.

We hope that you have enjoyed reading this article and we are sure that it was interesting to you. Now when you know all about Chamillionaire and his life, you can start listening to his songs that will certainly attract your attention easily.