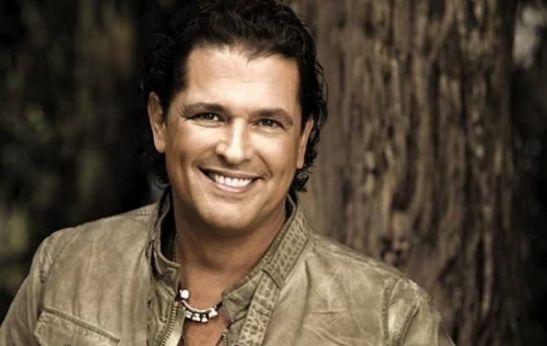 Carlos Vives is a very respectable Columbian singer and actor whose career lasts for decades and who is a winner of several Grammy awards, Latin Grammy awards, and Premios Nuestra Tierra accolade.

He has also had a long acting career which began in 1982. It was very exciting and proved to be one of his best life choices after all. He is known for his numerous roles in popular telenovelas but he is even more popular as a singer of vallenato music.

He was born as Carlos Alberto Vives Restrepo on August 7, 1961, in a Columbian city named Santa Marta, in the Columbian Caribbean Region.

He says that this region will always have a special place in his heart, although his parents wanted him to go wherever he needed to succeed.

He has lived there until he was 12 years old when the whole family decided to relocate to the capital of Columbia called Bogota. This was a hard decision but they made it after all.

His parents struggled financially and decided to relocate to get better work positions in Bogota in 1973.  He is very thankful for everything they did as well.

They hoped that they will be able to give their children an opportunity for a better life and better education.

Because of his struggling childhood, he was always very stubborn and hardworking, wanting to succeed in life. He said that working hard and smart was never an issue for him, but he wanted to continue with some better work to give back to his family.

After finishing high school he managed to enroll Jorge Tadeo Lozano University where he gained his degree in the area of Advertising.

It was in Bogota that he discovered music and began being very interested in it, especially in the rock genre. He said that he felt as if it was a bit different and more interesting, and that attracted him right away.

His interest grew higher until he entered the music scene himself, working as a musician in local bars in Bogota.

He found it very satisfying in performing in front of an audience and was very happy with the attention he received.

He was very interested in TV and acting too so he started going to auditions for telenovelas. He appeared in „Pequenos Gigantes” in 1983 and in „Tuyo es Mi Corazon” in 1985.

In 1986 he was chosen as the lead role of a Colombian boxer in a series named „Gallito Ramirez”. He starred in it alongside Margarita Rosa de Francisco who became his wife on August 1988.

It was in 1986 that he had released his debut music album called „Por Fuera Y Por Dentro“ which was produced by Ricardo Acosta and released by FM Discos & Cintas.

His second album again consisted mostly of ballads that were released in 1987 and it was titled „No Podras Escapaz de Mi”. The Spanish album entered Billboard Hot Latin Tracks but still wasn’t much noticed by the audience.

he third album he released came out in the summer of 1989 and was released through Columbia Records.

Several songs from his albums were used as soundtracks in telenovelas but still weren’t interesting to the public.

He took a break from his career as a singer and songwriter in 1989 when he moved to Puerto Rico to take an acting gig.

He was the lead actor in a Mexican telenovela called „La Otra“ and in a Mexican drama movie called „Aventurera“.

Before taking these roles he divorced his wife Margarita Rosa and married his second wife Herlinda Gomez. He says he does not have much luck in love, but he loves to sing about it.

She came from a town named Mayaguez so they have spent a lot of time there together. This is what created a true bond between them.

He returned t Columbia in 1991 to take the role in a fantasy series called „Escalona“.

Acting in this series was a life-changing event for him because the series was about prominent Columbian composer and troubadour named Rafael Escalona and Carlos got the opportunity to sing all the songs in the series.

The series became a huge national hit and Carlos Vives became a legend after the publishing of the series’ soundtrack: „Escalona: Un Canto a la Vida“ was the first album and „Escalona: Vol.2“ was the 2nd.

In 1993, Carlos released his first successful album named „Clasicos de la Provincia” which he made alongside a band named „La Provincia”. He changed his style into a mix of vallenato, pop and rock music which turned out to be a great decision.

The album became a hit in a lot of countries in Latin America, gaining fame to Carlos. A lot of Vallenato fans disliked this mix but most of the audience liked it very much.

The lead single from this album was named „La Gota Fria“ and it became the most listened single of the year in Latin America. It was very popular back in the day.

The album itself gained a Billboard Latin Music Awar for the Best Album of the year. His next album came out in the summer of 1995 and was released by Sonolux.

It combined genres of vallenato, Latin pop, and tropi-pop and was very interesting to listen to due to this combination of genres.

2001 brought his „Dejame Entrar“ album and in 2004 „El Rock de Mi Pueblo“ was released. Dejame Entrar from 2001 was an especially big success which won him a Grammy Award in the category for the Best Traditional Tropical Latin Album.

In 2009 he again tried himself in covering Vallenato music with his own music style on the album named „Clasicos de la Provincia II”.

In 2013 he released the album named „in which he had written all the songs himself. The album reached No.1 on Billboard Charts with it’s single „Volvi a Nacer”.

In the same year, he became a judge on „The Voice Colombia” alongside Andres Cepeda, Fanny Lu, and Ricardo Montaner. He was very popular as a judge, especially since he was always trying to motivate the contesters and help them lose their stage freight.

In 2016 he had made a collaboration with a world-known Colombian female singer named Shakira. They released together with a single called „La Bicicleta”. The song was a huge hit gaining them Latin Grammy Awards in the category of Song of the Year.

This song was a mix of pop and native Colombian music and it showed both of the artist’s love for their traditional music.

In 2018 he became a coach for Telemundo’s talent show named „La Voz“, which is a kind of a copy of the world-famous show called The Voice. He starred in it alongside Alejandra Guzman, Luis Fonsi, and Wisin.

He had many relationships through his career, some more, some less serious. Because of the fact that he was a famous actor and singer, he attracted a lot of women and he found it difficult to stay loyal to one woman for a longer period of time.

As for his personal life, after he divorced both Margarita Roda de Francisco and Herlinda Gomez he married for the third time with Claudia Elena Vaquez, a beautiful former Miss Columbia.

She has over 700 k followers on her Instagram and she often posts photos of Carlos and herself.

He has two kids; a daughter Elena and a son Pedro both from his marriage to Herlinda Gomez.

He is very close to his children and supports them in their dreams just like his parents supported him.

He was involved in a controversy after the success of his hit song „La Bicecleta” which he has written with the famous Shakira.

A Cuban singer Livan Rafael Castellanos claimed that the song was plagiarism and that it came from his song „Yo the quero tanto”.

He filed a lawsuit against both artists but both Shakira and Carlos were cleared of all charges.

He also canceled his 2019 Nicaraguan concert due to the controversy caused by claims that the organization f his concerts are supporters of President Daniel Ortega and his government.

The country was in crisis and hundreds of people died in the protests against the president so a lot of people thought there was no place for a concert.

The concert was aimed at raising money for the National Zoo which was close to closing.