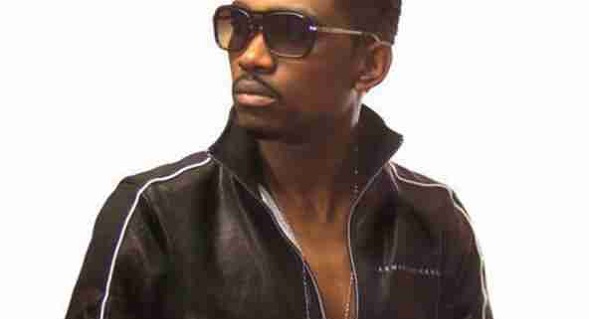 One of the most powerful names in Jamaican dancehall reggae world is certainly the name of the artist who calls himself Busy Signal.

Busy Signal, real name Gordon, got famous through his hit songs „Step Out“, „Tic Toc“ and „Nah Go A Jail Again“. Other than his music he is also known for his great fashion style but also his troubles with the law too.

He was born as Glendale Goshia Gordon on January 24, 1979, in the largest Jamaican parish named Saint Ann Parish.

This parish is one of the most beautiful parishes in Jamaica so many people call it  „The Garden Parish“.

It is known for its great natural beauty and many tourist attractions coming from the time of Christopher Columbus.

He has spent most of his life in the capital city of Jamaica called Kingston. He was a student at Brown’s Town Comprehensive High School but he was never much interested in learning and continuing his education. He was more into music.

He grew up together with four siblings. His mother is a devout Christian and his first connection with music was in church.

His career began as a DJ like almost all Jamaican dancehall artists. While being a DJ he was introduced to Bounty Killer who liked his work and gave him a lot of gigs.

He started making mixtapes and joined Bounty Killer’s group of artists named The Alliance. The Alliance aimed its music and lyrics at Jamaican everyday life and problems.

He was only 24 years old when he managed to become one of the leading names connected to the dancehall movement.

His biggest entrance in the world of the Jamaican music scene was with his debut hit single called „Step Out“.

This single became one of the most listened dancehall song sin 2005 and brought him recognition not only in Jamaica but in surrounding countries.

The single was followed with a music video which also received many views and became a huge hit.

His stage name Busy Signal is not derived from his real name but because of the fact that he was always very busy so his friends gave him that nickname to emphasize this characteristic.

His big hit produced by Jamz Z Records was released in 2007 and is seen over 350 thousand times on YouTube.

This single was followed by several hits such as „Smoke Some High Grade“, „Unknown Number“ and „Tic Toc“.

These songs became huge hits not only in Jamaica and in the Caribbean, but it also became very popular in the United States and other nearby countries.

In 2006 he had released his first album named „Step Out“. It was released by Greensleeves Records and produced by Dave and Tony Kelly. It contained 19 tracks and featured Alaine, Bounty Killer and Mavado.

His second album came out in 2008 under the name „loaded“. The album was produced again by Dave & Tony Kelly but this time the album was released under the VP label. „Loaded“ also brought several hits slike „Jail“ and „These Are The Days“.

In 2011 Busy Signal released his own clothing line which brought him extra profit because it became very popular. He was always praised for his fashion style and it is called Busy Signal Turf Gear.

In 2012 Busy Signal came to Jamaica’s Norman Manley International Airport in Kingston where he was arrested by the police. The United States released a warrant against him and Jamaica extradited him to the states one month later, in June the same year.

The United States pressed charges against him due to the offense he made in Minnesota with narcotics involved. The offense was made in 2002 and it seems that he was on the run since then. He was supposed to come in front of a judge the same year but he fled the country.

He was sentenced for a period of 6 months. Just a little after his release he came at with his new single called „Come Shock Out“.

His mother Velma Gordon gave several interviews in which she expressed how hard it was for her that he was in prison in the USA and she couldn’t get to him.

Busy Signal made a lot of collaborations with known artists and groups such as No Doubt with whom he had an extra good collab.

No Doubt is a very famous Californian dancehall and pop&rock band which gave Busy the confirmation of his work.

In 2010 he had released another album under VP Records named D.O.B. Especially interesting song on the album is “Summin’ A Guh Gwaan” made in collaboration with another great dancehall name: Bounty Killer.

Two years later Reggae Music Again was released by VP Records and it was made in two versions. One of them was called „Reggae Dubb’n Again“.

In 2017, after 15 years of being unable to enter the USA and make a concert there, Busy finally received his Visa for the US again so he wanted to start his tour in the US very soon.

He shared this information with his fans by posting a video on his Facebook. The video was named very funny: Guess Who dem Let Een”.

In 2018 he was invited to New York, the USA to perform at Groovin’ In The Park, an event that took place in Queens, New York.

After 20 minutes of performing, he ended the show because his microphone went silent. It was turned off by the promoters who were forced by the police to shorten the show.

R Kelly was the next performer and the performers decided to cut the time on Busy so R Kelly could have time to perform too.

This didn’t go well on Busy who insisted to continue saying if he can perform neither can R Kelly.

He released his last album in October 2019 titled „Parts of the Puzzle“, after seven years of hiatus.

He is a big fan of an American rapper named 50 Cent and would like to collaborate with him.

Busy was once arrested for breach of contract with a local promoter who paid him $37 k for a performance he never made. He was arrested when he was on the way to another concert.

2020 Helping Hands is the name of Busy Signal’s Foundation which is trying to provide the St. Ann Bays with an X-ray machine.

Shantal Chini s one of the women he has a child with but it is known that he was involved in several relationships, some of them even overlapping.

He also has a son Egypt-Knight Gordon from his relationship with Tunya Palmer. He tries to be as close to him as possible.

Shantal Chin had to prove that her daughter is a child of Busy Signal and she had to take a DNA test. After the test proved that he was the father she turned to Family Court because she wants Busy to support her child financially.

Shantal Claims that Busy was not the problem but other people persuaded hi to aks for a paternity test because he wanted to be sure it is true.

Busy supports the Shaggy Foundation and he visited the Bustamante Children Hospital to greet children and he donated a sumo f money to them.

He often speaks about how all of the problems he has always turn up on the front pages of all the magazines but when he does something good and helps the community not a word is spoken about it.

He is a big fan of Blackberry mobile phones and always has one with him, He keeps all his business in it.

When he speaks about himself he says that he is a very proud African man and that he would never like to change himself just to be more popular. He believes that bleaching and piercing ears is something that moves you away from your roots.

He says that it is important for him to point out the horrible things which still happen in Jamaica because he believes that he can make a change.

That is why in his song called Judgement Book he speaks about rape and child abuse and other hard topics that most Jamaican artists try to ignore.