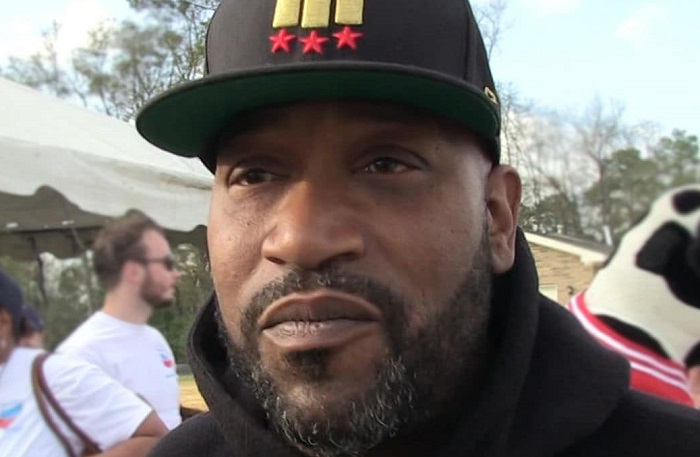 Nowadays it is not enough to be famous and to produce music – rappers must be present in all other aspects, and they must maintain their wealth and popularity.

Bun B is one of those personalities who know how to maintain that – he is present in social media and on the Internet as well.

Bun B is best known as one half of the southern rap duo UnderGround Kingz, or UGK.

This band was formed in 1987, but he always produced solo music and released four albums, including 2010’s Trill OG.

Also, this rapper is a guest lecturer at Rice University, located in Houston, Texas, and in one interview Bun said that Houston is an amazing city that is much more cosmopolitan than others think.

Some of his famous work includes songs like “Parked Outside”, “Money Is My Wife”, “Big Beast”, “Problems”, “Happy Days” and “I’m from Texas”.

Bun B or Bernard was born in a place called Port Arthur, in Texas of the United States of America, and his nationality is American. He said in multiple interviews that he comes from a small place, but he got the chance to see the world, and he uses it as much as he can.

Buns parents divorced, and he said in one interview that he now recalls that the church became less of a priority and even more so as his rap career ascended in the nineties. It was Pimp C who guided him back into the church, unintentionally, and not once, but twice.

As far as his name goes, the story about is impressive – he said that his family use to call him bunny, and it evolved in bunny b and the Bun B.

One of the earliest influences in music for Bernard is Janis Joplin and Bubba Smith (football player).

As far as his influences go Bun B said that he had not to take typical influences that most people do – he never considered himself to be a typical person, and I always wanted to approach positions differently than everybody else was addressing them. So he looked for people like that in hip-hop.

Bun has a lot of personal experience and not always good – he went to jail, and then he believed that his rap career was over.

He said that he felt like a lost soul who was concerned about the future of a family, and the career that he had built.

Later on, Bun falls into the depression and developed drinking and drugging problem, until he hit rock bottom spiritually. Music helped him rise above problems, just because he had an opportunity to spoke about them.

Bernard Freeman now known for his name Bun B is an American rapper most famous for his work as a part of hip hop duo UGK. He started working with another half of this band, Pimp C in the late 1980s.

They released an extended song titled “Southern Way” – the song called “Pocket Full of Stones” became their first song to get significant airplay in the United States.

Bun and Pimp signed to a major label “Jive Records” and got the attention of Jay-Z, who gave them a prominent guest shot on “Big Pimpin’,” -it turns out to be a Grammy winner.

Their fourth album came soon after – it was called “Dirty Money”, but the problem was that Pimp C got sentenced to jail.

Bun B after this event released his debut solo album “Trill” in October 2005 – it contained singles like “Git It”, “Get Throwed”. The album topped number 6 on American Billboard 200 chart and number 1 on Top R&B/Hip Hop Albums chart.

In 2006, Bun B made his theatrical film debut in one of the leading roles in the crime drama movie, Dominos: The Games We Play.

In 2007, Bun B made his first TV show appearance in the history series, Smack DVD Magazine.

Pimp C died in 2007 (sleep apnea and an overdose of codeine) – and Bun B returned to his solo career.

In the year 2008, he released his second album, “II Trill” – the first single on this album was “That’s Gangsta” starring Jamaican musician Sean Kingston. This single debuted at number 2 on the Billboard 200, retailing 98,000 copies.

Others songs from this album were: “You’re Everything” featuring Rick Ross, David Banner, DJ Corbett and 8Ball & MJG, “Damn I’m Cold” featuring Lil Wayne. One of these singles was dedicated to the late Pimp C.

In 2010, Bun B released his third album “OG” – what is really interesting here is that he Bun said that 2Pac was set to feature on the album.

In 2011, this famous rapper started position a Distinguished Lecturer of joined the faculty of Rice University.

He is a teacher in a course “School of the Humanities on Hip-Hop and Religion”.

From 2013 he teaches this course twice a week. He said that he would never perform in this faculty because he does not want to jeopardise his integrity s a professor.

Bun B has been happily married to Angela Walls (aka Queenie) since 2003 and has two stepchildren and even one step-grandchild from her previous relationships. One interesting information is that his stepson is American rapper Young-B, who is a member of the rap group Youngest N Charge, and they often perform as Bun B’s opening act.

One not so nice event happened on April 24, 2019 – Bun B shot an armed trespasser who was trying to rob his Houston home. The suspect was identified as DeMonte Jackson, was taken into custody by Houston police after arriving at the hospital. It is a bit of good luck that Freemans were unharmed

Bun B used to sell drugs in school, but he was very good at studying – he even got many scholarships offers- one for acting and another for academics. Acting came from his acting in plays such as “A Raisin in the Sun”.

Rumors of the death of Bun B on Facebook page attracted nearly one million of ‘likes’. Those who read this page were given a believable account of the American rapper’s passing. On Tuesday 4, December the rapper’s reps officially confirmed that Bun B is not dead.

His team stated that Bun B was a victim of negative press and that he is well and alive.

Bun has an estimated net worth of $3.5 million, more or less – he made the most of his fortune from music. The majority of his wealth comes from Buns work with UGK, known as a hip-hop duo. But he makes some cash by performing alone.

Bun has performed all over the world – he said that there are not so many corners of his native city where he did not perform.

It is said that they had talked about working together to make a book – and they created “hip hop survival guide”, but both decided not to publish it. Serrano drew coloring pages of rappers, and Bun B posted them on his Tumblr page. These pages went viral.

After this, they published a whole coloring book.

Bun has a food blog “Yougottaeatthis.com” – which he started with his friend Premium Pete Gibaldi – as he said they both have a healthy appetite and love food.

Once he said to critics that he has some music that would probably, in a religious aspect, be indefensible, and even immoral. But this is not the only message that he gives in his work.

And it is hard to believe that a man who gave us hits that spoke about drugs, sex, etc. “Stoned Junkee,” “Ain’t That a Bitch,” and “One Day.” could talk about religion with students.