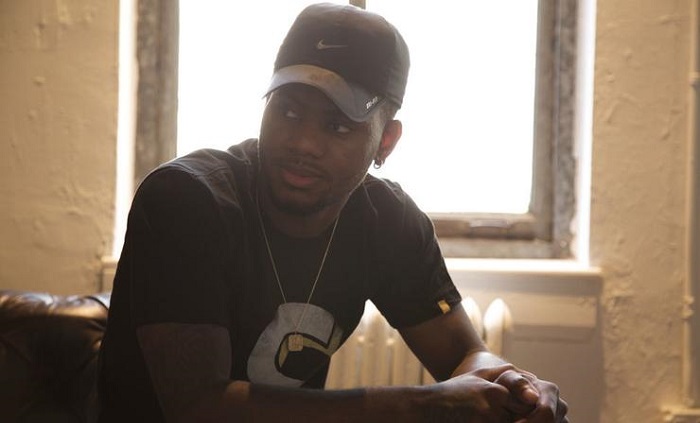 Bryson Tiller is a known American singer and a rapper, often compared with a famous rapper Drake.

He is known for his rapid rise in the world of rapping.

Bryson Djuan Tiller was born on January 2, 1993) in Louisville, in the state of Kentucky.

His mother died when he was very young, just four years old, and his loving  grand mother took the burton to raise him and his four brothers. Bryson claims that he oftenly feels very sad about the fact he didn’t even get a chance to meet her and misses her.

He went to Iroquois High School, and at the age of fourteen he started singing and got very interested in rapping. This was his way to cope with things that he found very hard…

After finishing high school, he had to find work to support himself so he started working at Papa John’s Pizza. He also worked for the UPS, a big package delivery service. He says this made him realize how hard it is to make money.

His career turned from zero in 2011, after he released his first mixtape named “Killer Instinct Vol.1.”

Bryson became more known after the release of his debut single called “Don’t”, which came as high as  No 13 on the Billboard Hot 100 list and after a large number of artists  remixed it and made it even more popular. It was released on his SoundCloud page and afterwards released on iTunes. It became the leading single of his album.

Some of the artists that remixed “Don’t” were K Camp, D.R.A.M. and Mila J.

His first studio album called “Trapsoul” was released in 2015 and two years later, in  2017, Tiller released his second album “True to Self”.

The popularity of this single led him to eventually sign a  sign a contract with a label company RCA Records. Bryson says that he is very excited to make more collaborations of that kind.

“Sorry Not Sorry” and “Exchange” are released on the same album “Trapsoul” and both became hits.

In 2016, the Mayor of Louisville, which is Bryson’s home town, gave Tiller the keys to the city and named that day as “Bryson Tiller’s day”.

The sane year he appeared on TV for the first time when he sang  “Exchange” on the Late Night with Seth Meyers.

He also performed at the BET Awards, and at the same Awards he received two awards: Best New Artist and Best Male R&B/Pop Artist.

DJ Khaled released a studio album in which he collaborated with Tiller on the song “Ima Be Alright”. He was also featured on Travis Scott’s “First Take”.

A 2017 album called “True to Self” brought many hit songs such as “Honey”, “Somethin Tells Me” and “Get Mine”. This album peaked at No 1 on the Billboard 200 and became his  first number one album in the States.

He has a daughter named Harley, and he often posts her photos on Instagram. She is one of his biggest inspirations and keeps him on the ground.

He is  an extremely passionate track racer, and he is often seen racing with his friends.

Bryson Tiller got an offer from Drake’s record label to sign a contract with,  but he turned  the offer down. He says that his instict told him to.

In 2015, a famous music magazine “Rolling Stones” has put him on the list of “Best New Artist”.

This year he made it on  Forbes’ “30 Under 30” 0f celebrities who became known before their thirties. This was one of his biggest accomplishments and he claims that he’s very proud of it. It was the moment he realized he was doing things right.

Bryson Tiller is a rapper and an artists who is very talented and quickly gained popularity. He worked with several known artists such as Rihanna and Drake.