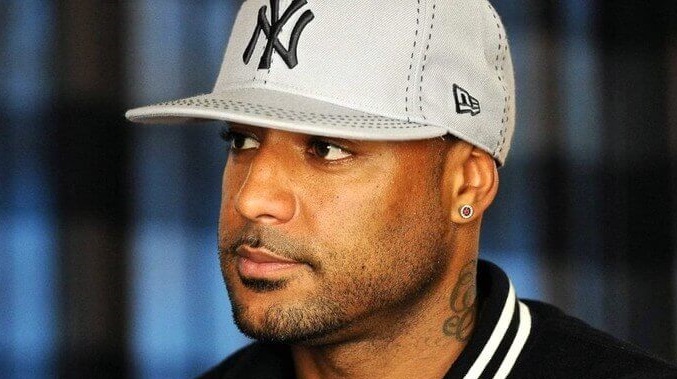 Booba is a very interesting stage name of a prominent French rapper whose real name is Elie Yaffa.

Other than being called Booba he is also nicknamed B2oba, B2O and Le Duc de Boulogne, which means Duke of Boulogne.

Booba was a part of a rap duo named Lunatic until 2003 when he decided to start his own career. This was a really risky move, but he was ready to take his career to another level really soon.

Although critics praise his beats and music they often criticize his lyrics due to the controversial phrases he uses in them. This was the reason why he was unable to find a record label that would release his albums.

After establishing a prominent rapping career he also turned to business waters and opened a jewelry business alongside being an owner of his own record house.

Having his own record label gave him an opportunity to release his music without censorship.

He was born as Elie Yaffa on December 9, 1976, in a French suburb near the capital of France named Boulogne – Billancourt.

He always claims about how interesting it is to grow up in Europe because of the variety of cultures and styles in the art that we can encounter and get educated on.

This place is often referred to as Boulogne and is located in a region of France called Ile-de-France.

Elie was born into a mixed family, with his father coming from Senegal and his mother being French with roots from Belgium.

He was interested in music from a very early age and was making beats from his early childhood. He did it together with his friends and started writing lyrics too. It was a really easy way for him to have fun and meet new friends, so he stuck with it.

In 1994, Elie decided to form a band together with his old friend Ali, previously known as Daddy Ali.

The lyrics these good friends wrote were very intense and often spoke about unpopular topics. Booba and Ali were trying to popularize their music and get known on the underground scene.

In 1996 they released a single “Le Crime Paie” and made an album “Sortis de L’ombre” which was never released.

In 2000 they released their debut album named “Mauvais Oeil” (which means “Evil Eye”) and it was a very successful project for both of them.

Their album, which was released through “45 Scientific” peaked at No. 10 on French Albums chart which is a great place for someone’s debut album. He was really proud of this work because he had been working really hard on it and he wanted it to become very famous.

The album consisted of 14 tracks and was certified Gold. This was a huge success for a debut album and they were very excited about it.

“45 Scientific” was their own label since they were unable to find a record label that wanted to release their music due to controversial rhymes they used.

After both artists became known in France and their names became a part of the music scene they decided to split up. It was in 2000, and they did it in order to start their own solo careers.

In 2002, Booba has released his own debut album. He named it “Temps mort” which means “Time Out”. He did it through their own independent label “45 Scientifique”.

The album was produced by several producers like Fred Dudouet, Animal sons and Full Moon.

The album has 17 singled and a lot of featured guests like Moussa, Lim, Malakal Morte and his friend Ali. The album peaked at No.2 on the French Albums Chart and it entered the Belgian Albums Chart on No. 41.

His next album was titled “Pantheon” and it came out in the summer of 2004. This time it was released through his own record label called Tallac Records, made with the help of Universal Music.

The album entered the French Albums Chart and came as high as the 3rd place. Several singles became very popular and the one called “N°10” became the entrance song of Cheick Kongo, a French fighter for UFC.

His most successful album eas his 3rd album which was titled “Ouest Side” and it also came out through Tallac Records. This was one of those emotional albums where he was telling his story and letting other people know how his life used to look like back in the day.

Booba titled the album “West Side” because he comes from the western part of Paris but also because of his father’s home country Senegal, which is located in the west of Africa.

The album came to the top of the French Albums Chart and became a hit. One of the guests on his album was Akon.

His fourth album was named “0,9” and it went out for sales in the summer of 2008. The album came to No.2 on the French Albums Chart.

“Lunatic” is the name of his 5th album, released a year after his mixtape “Autopsie Vol. 4”. He named it after the duo he was in when he was young.

A known American rapper Sean Combs “Diddy” was featured on his single “Caesar Palace” released in 2010 and it was a confirmation of his artistic importance.

In 2011 he also collaborated with him on his single “Hello Good Morning”.

In 2011, Booba won a competition “My Youtube” which included a lot of known competitors such as Rihanna.

In 2015 he had released an album titled “D. U. C.” Which was nominated for the Urban Music Album of the Year. It charted on No.1. On Belgian and French Albums chart.

He also released “Nero Nemesis” by the end of the same year. It was his eighth album and the release of the album was enabled by Tallac Records and AZ.

In 2017 he released an album called “Trone”. The album was released by Universal Music and it consisted of 15 songs, two of them being bonus tracks.

When asked about his influences and role models he mentions 2 Pac, Wu-Tang Clan, and Mobb Deep. He often uses dark melodies and raps about racism, taxes and freedom.

Other than earning money from his albums and performances he has created his own streetwear brand named Unkut. He said that he is very into fashion and merch and that he would love to pursue this later in his life, but he is currently really into music.

His most sold mixtapes are Autopsie Vol. 3 and Vol. 4 and they hold a record for most mixtapes sold in France.

His album “Mauvais Oeil” is the first album from a French singed that was certified Gold after being released by an independent label.

His personal life is kept very private and he doesn’t share a lot of information about it.

It is known that he dated a beautiful French actress Ayen Nour in 2012.

He has his own jewelry line made in collaboration with Tony Bling jewelry label.

Booba has two children, Luna and Omar Yaffa but he keeps a low profile on his private life and is not going out in the public with his family.

He said that the media likes to make people’s lives miserable so he decided to stay far away from those and give himself the space that he needed.

He is very active over social media and has over 4,5 million followers over his social media.

In the summer of 2018, he spent a month in custody after he fought with his longtime rival Kaaris at Paris Orly airport which caused a huge incident in a duty-free store.

Both of them were warned by the judge that if something similar to this happened again that they will both receive more severe punishments.

Also in the summer of 2018, a serious incident happened on the set of his music video. The incident took place in a warehouse that is not used and which was the setting for the video shooting.

The attackers came late at night and fired several shots on his video crew and later they left their cars and came to the set with bars and baseball bats, attacking the crew which eventually ended in several injuries of the staff.

Most severe injuries were given to the video producer who sustained injuries of the head, and to a technician who was also seriously hurt.

His marketing manager was shot in the leg and the police found the shells of the gun used in the attack at the scene.

Booba wasn’t there when the attack happened and he was shocked and angry because of it.

Most of the public presumed that this attack is connected to his ongoing feud with another rapper named Ivory Kaaris.