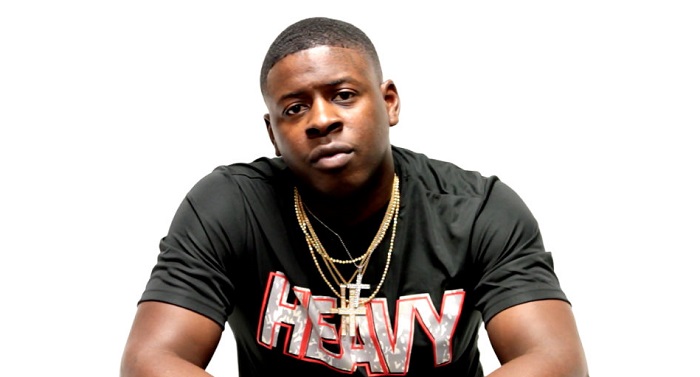 Blac Youngsta is an American rapper originating from Memphis who climbed out of poverty and life of crime by trusting his talent and never giving up.

Blac made some viral hits and collected more than 22 million views on YouTube. But he is still the most famous for controversies this article talks about in detail.

Blac Youngsta’s birth name is Samuel Benson. He was born in Memphis, Tennessee on the 8th of April 1990. Sam was raised with his younger brother by their grandparents in a neighborhood known for criminal activities – the notorious McMillan Street.

The family was poor even though all of them worked and there was often not enough food on the table. Samuel found a paying job when he was just 10 years old. He was assigned the task of stocking products on shelves at a nearby grocery market and got paid $10 a week for it. Sam lost his job after he got caught placing fake orders that nobody picked up because he was allowed to take that food when the shift ended.

As a teenager, Benson started selling drugs on the streets and wearing a gun. Inevitably he got arrested several times and had to spend some time in jail. Fate would have it that behind bars Blac Youngsta would start to rap for real. Naturally, Blac did some rapping before, but it was in jail that he took it seriously and went out determined to succeed.

Blac Youngsta started putting out mixtapes in 2012 when the first out of three consecutive mixtapes titled “Fast Brick” was released launching Blac’s career. The second one appeared just several months later the same year, and the third in 2014. Blac Youngsta’s first music video uploaded to YouTube was a song from this last mixtape.

The year 2014 was a turning point for Blac. It was the year he lost his brother who got shot. Around the same time, Blac had released a single called “Heavy” that was overwhelming with heavy emotions and powerful words as the rapper remembered his deceased brother and their childhood, rethinking his life.

Samuel was having a rough time; he was depressed and at times even suicidal until his career suddenly took a turn and shifted Samuel’s focus once again to music. At the darkest moment, Yo Gotti came out of nowhere and offered Blac a way up.

Blac first went on a two-month-long tour with Gotti and later appeared in famous rapper’s hit song called “Wait For It”. In 2015 Yo Gotti’s label CMG took Blac Youngsta under its wing.

New mixtapes followed: “I Swear to God” in 2015, “Young and Restless” in 2016, “Fuck Everybody” in 2016, and “Illuminati” in 2017 featuring guest artists like Boosie Badazz, Quavo, Jacquees, and Young Thug. Youngsta also collaborated with Rich Homie Quan, Snootie Wild, Yung T, Gutta Child, and Migos on their projects.

His YouTube channel now has more than 22 million views.

Blac Youngsta never presented a girl as his partner in public. He is not married and has no children. Recently rumors started to circulate that Blac was gay, which he immediately denied.

The rumors were started by a model Bell Williams, who is also a transsexual. She claimed to have been in a relationship with Blac Youngsta, posting photos on Facebook to prove it.

Blac Youngsta has earned a net worth of $2 million in 2017. He owns a mansion in Los Angeles worth $30 million.

He also bought a house for the grandmother who raised him.

Police suspected Blac Youngsta’s involvement in 2017 shooting at rapper Young Dolph’s SUV. Nobody got hurt in the incident that took place in North Carolina. Black was suspected because he and Yo Gotti are in a feud with Young Dolph. Blac claimed he had nothing to do with the incident and even made a song inspired by the events titled “I’m Innocent”.

Police once arrested Blac by mistake thinking he was a check fraudster. It happened in 2016 after Blac withdrew a large amount of money from his account with the intention to buy a car.

Blac Youngsta likes to pose for photographs with stacks of cash and brag with those images on socials. He happily joined the trend of famous rappers posing for selfies holding a stack of money as if it were a phone, so-called “money phones”.

The rapper was a subject of public judgment after he posted a tribute photograph for late Tupac Shakur. Even some of Blac’s colleagues have criticized the feat. The photograph was controversial because it showed Youngsta on a cross. What makes it more interesting is that it was just a still from a music video Blac was preparing to honor the late rapper.

As a child, Blac Youngsta fantasized about being an actor or a boxer.

Blac was so poor growing up he was often hungry and had to work as early as 10 years old, and even at some point stole food and clothes. Today he earns $200,000 per year.

Blac has a speech flaw that for a long time prevented him from becoming a rapper. Sam didn’t believe in himself because he sometimes stutters and was afraid he would get laughed at. He confessed in an interview that he felt unsure about the way he pronounced certain words.

Youngsta hosts a traditional block party at his hometown every year since 2011. The first one he organized honoring the life of King Craddy, a neighborhood boy who got murdered.

Blac Youngsta is an American rapper originating from Memphis who climbed out of poverty and life of crime to earn a net worth of $2 million in 2017. He succeeded in the rap business despite having a speech flaw.

Blac was so poor growing up he was often hungry and had to work as early as 10 years old, and even at some point stole food and clothes. After deciding to work hard on his rap music and never go back to prison again, Samuel went through some rough years. He lost a young brother and suffered for it a lot until Yo Gotti offered his career a way up.

Blac published several mixtapes (most recently “Fuck Everybody” 2016, and “Illuminati” 2017) and made memorable collaboration with artists like Quavo, Young Thug, and Migos.

Blac Youngsta is not married and has no children, but is rumored to be gay although he denies it. He owns a flashy mansion in LA.