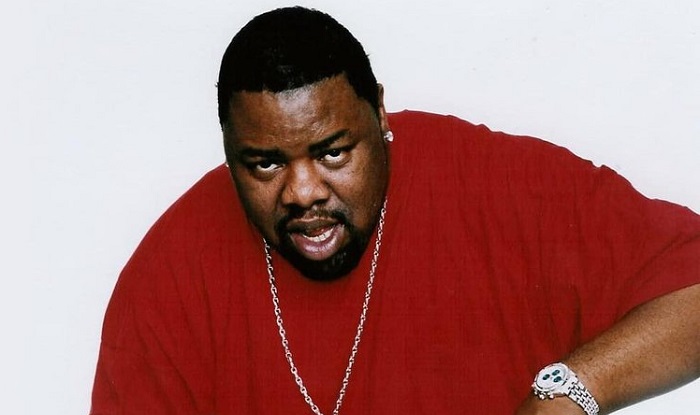 Biz Markie is a stage name of a known American rapper and a comedian whose real name is Marcel Theo Hall. He is mostly known for his hit song “Just a Friend”, from 1989 which became his biggest success.

His success can be owned to many different phases of his career (since he is a pretty creative guy) and he said that it was the best choice he made to create different paths in his career.

He has earned a nickname The Clown Prince of Hip Hop because of his comedian skills.

Although he never had a huge hit after “Just a Friend”, he had several successful collaborations and DJ gigs. It was clear that he was just a TV person after some time.

He was a student at Longwood High School and graduated from it in 1982.

He started his career in a part of New York called Long Island in the middle ’80s. it was known that he worked in many different Manhattan nightclubs like the Funhouse and the Roxy where he was employed as a rapper.

He soon gained attention with his music and appeared in a documentary movie titled “Big Fun in The Big Town”, which was a music documentary from 1986.

Two years later, in 1988, he has released his first album and named it “Goin’ Off”. This album gained a lot of attention, especially because of the popular leading song from the album titled “Make the Music With Your Mouth, Biz”. Other popular songs from the album are “Vapors” and “Nobody Beats the Biz”. This album was released by a record label Cold Chillin’ Records.

His second album named “The Biz Never Sleeps” came one year later and was released by the same record label in collaboration with Warner Bros. This album was produced by Biz Himself and his cousin Cool V.

Biz Markie’s biggest hit came from this album: “Just a Friend” came to No.9 on the Billboard chart. The song is based on a song from 1968 made by Freddie Scott. It was a pretty good song and it made quite some cash for the artists. It was actually a big surprise that it was so well received and many people were wondering if some of this was staged.

In 1991 he has released his 3rd album and it was titled “I Need a Haircut” and was yet again produced by the same duo: Biz Markie and Cool V. But unlike the first album they produced together this album had a very low sales.

At these time, Markie was sued by Gilbert O’Sullivan who claimed that Markie stole his song “Alone Again” for his album. This was a huge problem for him back in the day because he was just beginning to get famous and he really created a fanbase and now he had to deal with all of these things.

This lawsuit changed hip-hop recording in the way that all artists must clear the use of other songs with the original artist. “I Need a Haircut” had to be pulled from the stores and the song had to be moved from all the records. It was a pretty sketchy thing overall.

In 1993, Markie came out with the tape titled “All Samples Cleared” but it didn’t help his ruined reputation and it wasn’t a financial success.  His song “Toilet Stool Rap” wasn’t successful as he wished and his video was even labeled as the Worst Video of the Year.

That is how his career stopped evolving and later on he didn’t have the same success as with “Just a Friend”.

He appeared on TV, in a show “In Living Color” and on some of the MTV’s commercials. It was a really nice experience and he said that he actually really enjoy acting. Sadly, he never got any major roles and ended up becoming a TV person only. He really wanted to act in famous movies and become a famous person, but life had different paths for him.

He was featured on Beastie Boys’ singles: “Check Your Head” and “Hello Nasty”. Many people thought that it was sort of obvious that he was trying to get into everyone’s work just so that he could get some clout and become relevant again. At one point, the media began making fun of him for this.

He was featured on “Schizo Jam” by Don Byron in 1998. It wasn’t a huge hit and this didn’t bring him too much success.

He made a guest appearance on “Willennium”, a Will Smith’s album from 1999. This was a pretty big event and he was looking forward to working with this huge actor since he thought that this would maybe increase the chances of him getting in some famous movie.

He was featured on an album “America is Dying Slowly” made by Red Hot Organization. Other artists on the album were Wu-Tang Clan and Coolio. This CD raised awareness of raising the epidemic of AIDS.

Rolling Stones released the song “Anybody Seen My Baby?” where he appeared as a guest. This was a huge thing because the Rolling Stones were huge back in the day and he was a really smart guy to end up working with them.

In 2002 he had an interesting movie appearance: he starred as an alien in “Men in Black II” with Tommy Lee Jones and Will Smith as one of the main characters. He beatboxed in the movie. He spoke about this in one of his interviews and said that it was a huge thing for him which he enjoyed very much.

He played himself in the role of DJ in “Fastlane” TV series. It was a dream coming true, finally entering TV screens. He hoped to get into some better movies and bigger stuff later on, but this sadly did not happen.

In 2005 he appeared in a TV show “Celebrity Fit Club” with other celebs who wanted to lose weight.

He also appeared in a sketch comedy show named “The Andy Milonakis Show”. It was pretty funny and soon he realized that he actually had a really good comedian talent.

He was a part of “Wild ‘n Out” with Nick Cannon. This was also fun and he says that Nick is one of the funniest people to be around. He really enjoyed working with him and they stayed friends later on.

In 2008 he was an opening act for Radio Shack with his old hit “Just a Friend”.

It was the same year he starred in The Wackness, a comedy-drama directed and written by Jonathan Levine, and starring Josh Peck and Ben Kingsley.

In 2013 he was on a tour with Yo Gabba Gabba! He was a guest appearance on one episode of Sponge Bob Square Pants. This was his childhood dream come true and he said that he would love to work on it once again later.

In 2014, the guest appeared in “Sharknado 2: The Second One”, a sci-fi comedy film directed by Anthony C. Ferrante.

In 2014 Biz managed to lose over a 100 pounds because his health was compromised. He discovered that he was diagnosed with type 2 diabetes in 2011 and that he realized that he doesn’t take care of himself as well as he should.

After discovering that he has diabetes he didn’t make the proper changes as the doctors told him so his diabetes got worse no matter his Diabetes meds. That is why he had to lose weight: to help his body and to get off meds.

The doctors scared him a lot, explaining to him that he could start losing body parts, such as his feet if he cannot get his sickness under the control.

After succeeding in getting healthier he became a spoke person for “Zevia”, a zero-calorie soda.

He keeps his love life under the radar but feels like he still hasn’t found the woman he would like to marry.

But it seems that he had a lot of girlfriends and that he had been with almost every girl who was photographed by him.