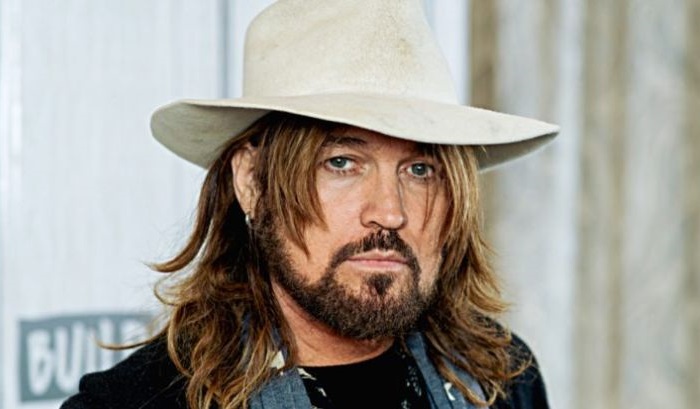 Billy Ray Cyrus is a very popular American singer and songwriter who has released several platinum albums and has written dozens of hit singles.

He has been on the stage since 1992 and his album “Some Gave All” became the best-selling debut album in any genre by a male artist.

He is also one of the featured artists on Lil Nas X’s hit song called “Old Town Road” which was released in 2019, and became one of the biggest hits in 2019, entering the Billboard charts on No.1.

He has also shown his skills as an actor, starring in the role of a country doctor ina TV show titled “Doc”.

Many think that this was just a try to save his career, but others believe that he is actually a really good actor.

He has appeared alongside his daughter Miley Cyrus in a hit series named “Hannah Montana”.

They were a hit for a long time, and Miley stayed relevant for much longer than he did after that.

He was born as Billy Ray Cyrus on August 25, 1961, in the town of Flatwoods, settled in the state of Kentucky.

His father worked as a steelworker before entering the world of politics and his mother Ruth was working at home.

he was interested in music from a very early age and has been singing from the age of four. Billy soon experienced grief because he was only five years old when his parents divorced.

He said that it was a tough period for him because he never understood what happened until much later.

He was surrounded by music a lot since his father played the guitar and his grandad was a preacher so he was often listening to the church choir.

He was surrounded by gospel performers and choirs. He was very inspired by all of it and said that he thought he may be a preacher after some time.

He started taking guitar lessons because his father couldn’t teach him how to play it since Billy is left-handed. He said that it was an obstacle at first, but he soon realized that it was never him that was wrong, but the tutors that had very little experience with left-handed people.

Billy was also a huge fan of sports so he joined the school’s baseball team very soon. That enabled him to get a baseball scholarship for Georgetown College but he never succeeded in his sports career since he was in love with music much more.

he decided to drop college in his junior year and decided to focus on his career as a musician. He formed a band “Sly Dog” which eventually brought him a record contract with Mercury Nashville Records.

The path of becoming a music star wasn’t easy for him since he was often without money. He even lived in a car for a while.

He said that all of these things taught him how to be humble and he worked very hard to make his career happen after all of those tough years.

In 1990, he managed to prove his talent to people working at PolyGram/Mercury record label so he signed a deal with them. This allowed him to start writing his own songs and produce his music for his first album.

His debut album was released in 1992 under the title “Some Gave All”. the album became a huge success which he never hoped. It came to the top of most charts, from Country Charts to National Album Charts.

Billy Ray became an instant star, and was not popular only in America but also in Canada and Australia.

his biggest hit from the album was a song titled “Achy Breaky Heart”. this song succeeded in being on the op of many country charts, from Australia to the United Kingdom.

This album was certified Platinum nine times and was eventually sold in over 20 million copies all over the globe. He was very proud of it and said that he worked hard to create another one like that, but this one just seemed to be different from them all.

In 1993, very soon after the release of his debut album, his record label released his new album which was sold under the name “It Won’t Be the Last”, but with much less success than the first album. It was also certified Platinum and its biggest hit was a song called “Somebody New”.

In 1993, he was featured on Dolly Parton’s song “Romeo”, and although the song was not a huge hit the video of the song was. It was a really big thing for him to work with Dolly, such a big star at that time.

in 1994, he released his 3rd album titled “Storm in the Heartland”, which was not a success and had only one song to enter the charts. That is why this album was certified only Gold.

He signed to Mercury Records in 1995 and has released his new album through this label. The name of the album was Trail of Tears but the sales of the album were average so it wasn’t certified at all.

Two years later he has released “Shot Full of Love” which was a commercial failure so he was released by his record label. He said that once he realized that he was going down, he had to become more flexible about his genres and his career.

In 1999, he turned to a new label named Monument Records. His first album released through this label was titled “Southern Rain” and was more successful than the previous album.

The album came out in 2000 and had five singles to enter the music charts.

His biggest hit from this album was a song titled  “You Won’t Be Lonely Now”, which managed to enter the Top 20 of the chart.

After finishing this album Billy Ray decided that it is time to make an album he was wanting to record for years: a Christian album.

He eventually made two religious albums named “Time Flies” and “The Other Side”. These albums weren’t very successful and most of the singles from the album didn’t make it to Top 50.

His next album was released through his new record label titled New Door Records and was named “Wanna Be Your Joe”. the album was made in a period when his daughter Miley was filming her popular show titled “Hannah Montana”.

The album had moderate success and hasn’t brought a hit single but Billy made a duet song with his daughter on this album. The name of the song was “Stand”. He said that he always loved to work with Miley, but Miley started to be embarrassed by him when she turned into a teen, which he found funny.

in 2006, he was invited to perform the song called  “The Star-Spangled Banner” which he sang during the 2006 World Series played in St. Louis, Missouri.

In 2007, he was chosen to join the celebrity TV contest called Dancing with the Stars. the show was in its fourth season. He danced with a beautiful and skilled dancer named Karina Smirnoff.

Billy gained a huge fanbase during this show and soon became the favorite dancer by the public. He and his partner eventually ended up in 5th place.

His new album was released in the summer of 2007 because the label wanted to benefit from his performance in the dancing contest and his daughter’s show.

The album was quite a success and it went to No.3 on the Country charts. It wasn’t certified but it had more sales than his latest album.

One of the most successful songs from the album was his duet with his daughter with the single named “Ready, Set, Don’t Go”.

This single was the first Top 5 single entrance for his daughter Miley.

He had two of his songs released on the Disney collection album titled “Country Sings Disney” which was released in 2008.

His next album was released in 2008, under the title “Back to Tennessee” and was released through Lyric Street Records. The album had moderate success.

Two of his songs found their way to his daughter’s movie called “Hannah Montana: The Movie.” “Back to Tennessee” and “Butterfly Fly Away” are the songs in question.

In 2008, the father and the daughter were presenters at the 42nd Annual Country Music Association Awards for the category “Song of the Year”.

He was released from Lyric Street Records a little bit after.

In 2009 he joined a supergroup titled “Brother Clyde”. the members of the group were Cyrus Jeffery Steele, John Waite, and Phil Wasser. in 2010 he changed all the crew and the new members were Jamie Miller, Dan Knight, Dave Henning, and Samantha Maloney. However, he put the supergroup on hiatus and later released a new album of patriotic theme. It was named “I’m American”.

The album was eventually released in the summer of 2011. The only single which entered the Billboard chart was “Nineteen”.

In 2019 he gained huge success after being a part of the “Old Town Road” hit song. This song was originally made by a rapper Lil Nas X and it entered the Billboard Country Chart before being taken off it for being “not enough country”. Lil Nas X offered Billy ray a collaboration after that and that is how the remix of the song was made.

the song became an instant hit and made it to No.1 o the charts.  This song was his only No.1 song on the chart.

Other than his music career he had also starred in several film projects and series.

In 1999 he appeared in an independent movie named “Radical Jack”.

In 2001, he had a minor role in a movie He also had a small part in the movie “Mulholland Drive”.

In 2001, Cyrus was hired to play the lead role of a comedy-drama series called Doc. The show was a huge success ad had very high ratings.

In 2005, he appeared in theater as Frank Butler in  “Annie Get Your Gun”. Some of the other shows he appeared in “Diagnosis Murder” and “18 Wheels Of Justice”.

He appeared in several documentaries made about him titled  B. Ray Cyrus: Dreams Come True and Billy R Cyrus: A Year on the Road.

In 2005 he became a regular cast on the show “Hannah Montana”, alongside his daughter Miley.

In 2010 he appeared in “The Spy Next Door”, directed by Jackie Chan.

The same year he appeared in a Sci-fi series alongside his son Trace. The name of the series is UFO: Unbelievably Freakin’ Obvious.

As for his personal life, he got married to Cindy Smith in 1986. She was a co-writer of his two hit singles from his debut album “Some Gave All”. They divorced in 1991.

He was in a relationship with Kristin Luckey with whom he has a son Christopher Cody. Chris grew up with his mum.

His second relationship was with Leticia Tish with whom he had a daughter Miley. he eventually married her in 1993 and they had a son Braison afterward. In 2000 their third child was born and they named him Noah.

Finley had two children before Billy and he adopted hem both. their names are Brandi and Trace.

The family used to live on a big Tennessee farm before they relocated to Los Angeles because their daughter Miley became a star of the series “Hannah Montana”.

The pair had marriage troubles in 2010 and Cyrus even filed for divorce but they solved their marital problems and he changed his mind.

Three years later Tish was the one to file for divorce but they went on marital therapy ad again dropped the divorce case.