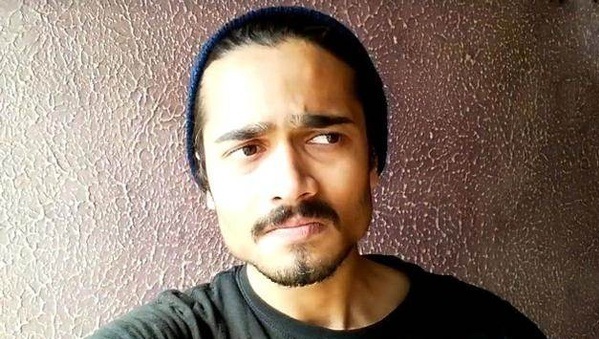 We are going to tell you first something about her early years and after that you will see the most important things related to his career.

Of course, you are going to find out something about his personal life, as well as his net worth.

Bhuvan Bam was born in Baroda, Gujarat, India. The date of his birth is January 22, 1994, which means that he is 25 years old now. The biggest part of his childhood Bhuvan Bam spent in his hometown, but later he moved with his family to the capital of India, Delhi.

Now it is time to say something about the education of Bhuvan Bam. He attended Green Fields School in Delhi and after that he finished his studies at Shaheed Bhagat Singh College in Delhi. He graduated there and got his degree as a bachelor.

When it comes to the career of Bhuvan Bam, we have to say that he didn’t work immediately as a YouTube star and comedian.

In the next chapter you are going to find out what he was doing at the beginning of his career and also later when he became famous.

As we have already said, Bhuvan Bam is not only a YouTube star, but he has also some other professions. He is a comedian, a singer and a songwriter, so there are a lot of sources of his wealth.

The career of Bhuvan Bam began with his singing in many restaurants in Delhi. He was writing his own songs and many of them have become popular in India.

However, his YouTube career made him successful. The year 2014 was crucial for his success as a YouTube star because in this year he uploaded his first video on YouTube and its name was The Chakhna Issue.

However, this video was not popular at all and Bhuvan Bam was very disappointed because of that. Actually, it is said that this video had less than 15 views, which was really embarrassing for Bhuvan Bam. Because of that he decided to delete this video. However, his fans uploaded this video again.

The next video that Bhuvan Bam uploaded on YouTube earned great popularity and it became viral. It was the video about a woman who answers some questions related to her son who died during the floods in Kashmir. This video is very sarcastic and it attracted great number of viewers for a very short period of time.

Bhuvan Bam is a popular comedian and people love his unusual sense of humour. You need to watch some of his videos in order to understand it.

Before we tell you the most important things related to the YouTube channel of Bhuvan Bam, you need to know that his most popular hits are Teri Meri Kahani (2016), Safar (2018), Bas Mein (2019), etc. Undoubtedly Bhuvan Bam is very talented for singing, too.

Most people know Bhuvan Bam because of his comedy channel on YouTube that has the name BB Ki Vines. This channel was created in the year 2015 and it brought big popularity to Bhuvan Bam. The fact that Bhuvan Bam got a lot of awards for his YouTube channel is telling you how popular he is.

There is no doubt that Bhuvan Bam is very popular on YouTube. The videos on his channel are between 2 and 8 minutes long and they describe a teenager who is played by Bhuvan Bam.

In those videos you can see a teenager who lives in a town and his relations with his family and friends as well.

Now you may be wondering in which way Bhuvan Bam managed to film all those videos, but the technique that he used is very simple.

Actually, he used the front camera of his phone and he filmed all that he has imagined earlier. It is interesting to mention that the videos of Bhuvan Bam were uploaded on Facebook first and after that he moved them to YouTube.

As we have said, Bhuvan Bam is the main person in his own videos, but there are also some other persons and now you will find out their names and identities.

One of the most important persons in the videos of Bhuvan Bam is his friend Bancho, whose real name is Banchoddas Chhatriwala.

Other persons that are appearing in the videos of Bhuvan Bam are his teacher, known as Babli Sir, his cousin Sameer Fuddi, as well as the uncle of Bhuvan, whose name is Titu Mama. There are also the salesman, the father of Bancho, the stepmother of Bancho, etc.

After reading all this, you must be interested to watch some of his videos. But, before you do that, we are going to tell you something about the personal life of this popular YouTube star.

If you would like to know something about the love life of Bhuvan Bam, then we will certainly disappoint you, because there is not much information about his privacy.

It is known that Bhuvan Bam is in a relationship, but he never said the name of his girlfriend. There are rumours that his girlfriend may be Arpita Bhattacharya, but he didn’t confirm this information yet.

There is no doubt that there are different sources of the wealth of Bhuvan Bam. His estimated net worth is around 1 million dollars. There is information that his YouTube channel brings him about 17 000 dollars every month.

Apart from his YouTube activities, Bhuvan Bam is also active on social networks and below we will give you some links that may help you join Bhuvan Bam and become one of his followers or subscribers as well.

In today’s article you could see a story about the most popular comedian, YouTube star and singer in India. His name is Bhuvan Bam and most people know him for his YouTube activities.

He has created his own YouTube channel known as BB Ki Vines that has more than 14 million subscribers.

Bhuvan Bam was born in 1994 in India and he got a degree from a famous Indian university called Shaheed Bhagat Singh College.

The net worth of Bhuvan Bam is around 1 million dollars and there is no doubt that he is one of the most popular YouTube personalities in India. However, his personal life is still unknown.