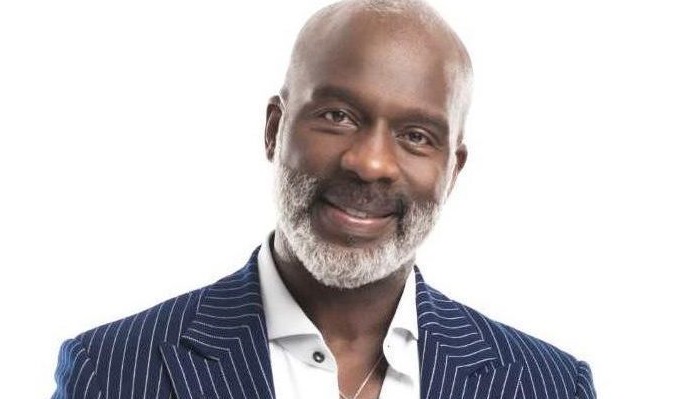 Bebe Winans, whose real name is Benjamin Winans, is a very respectable and talented American gospel singer, who is also a very notable singer of R&B music style.

Benjamin is a member of a notable Winans family of gospel artists who come from the town of Detroit in the state of Michigan, United States.

He made a big career as a gospel  singer and was known to be a very close friend of tragically deceased star Whitney Houston.

He was born as Benjamin Winans on September 17, 1962, in the biggest city in the state of Michigan, called Detroit.

He grew up in a very big family with nine siblings. He started being engaged in music very early through singing in the church choir.

The church in question was Mount Zion Church of God and Christ in his hometown Detroit. The Winans family soon became recognized as great singers in their community since all nine of them were very talented singers of the choir.

Their parents also performed as part of the choir. Both his mother Delores and his father David loved singing and were very pleased that their children also loved it too and were very skilled in it.

He was always very close to his siblings and they grew up playing, singing and working  together.

enjamin wanted to pursue the career as a singer like all of his siblings and his first chance came when he became a background vocal for his brother’s group called “The Winans”.

The group was already quite famous and he soon started performing with them on many concerts and events.

In 1982 his sister CeCe and him joined a known TV show titled “Prais the Lord” where they became a part of the “PTL Singers”.

They soon became very popular and started being known as BeBe & CeCe Winans. Their first album was released in 1984 and it was named “Lord Lift Us”.

The duo, who became very popular in a short period, made five albums in the period from 1987 to 1994.

In 1987 they have released an album titled “BeBe & CeCe Winans”, which was followed by “Heaven” one year later.

In 1991 their new album called “Different Lifestyles” has been released and in 1993 they made their debut Christmas album called “First Christmas”. They have finished their collaboration in 1994 with an album named “Relationships”.

After they parted BeBe has released many solo albums. It was in 1989 that BeBe won a Grammy Award for Best Male Gospel Performance while he was still singing in his brother choir.

His work brought the interest of various record labels and he soon signed a contract with Atlantic records releasing his first solo album named simply “BeBe Winans”. It was in 1997.

This album brought a lot of hits, and one of the most popular was “I Wanna Be the Only One”, made with a trio “Eternal”.

After that, he signed a contract with Motown Records and has released his new album called “Love & Freedom” in 2000.

The album was produced by Masters of Work, Brian McKnight and more. He featured a lot of musicians on this album, including Stevie Wonder and his brother Marvin.

In 2002 he jas released his first live album called “Live & Up Close” which was made at BET studios.

His sister Debra appeared on the album, alongside Stephanie Mills, more known for her role of Dorothy in “The Wizard of Oz”. The lead single from the album was “Do You Know Him”.

In 2003, Bebe launched his own record label titled “The Movement Group”. He did it in collaboration with a part of Hidden Beach Recordings called “Still Watters”.

His first album released under his own label was titled “My Christmas Prayer”. The album could be bought exclusively at Starbucks shops.

In 2004, BeBe entered the big screen for the first time, with a cameo appearance in “The Manchurian Candidate”, featuring Denzel Washington.

His 3rd album came out in 2005 under the name “Dream”. The mains ingle of the album was called “I Have A Dream”, and it was inspired by Martin Luther King’s speech. He also made a duet with Angie Stone called “Miracle of Love”.

In 2008 he was invited to sing at Alma Awards as a part of a duo with a known singer of musicals Eden Espinosa. They were both praised for their performance that night.

BeBe has his own radio program called “The BeBe Winans Radio Shoe”. In 2008 he also played a role in a musical named “The Color Purple” which played at Broadway.

He has also become a judge on a gospel competition show which aired on BET.

In 2010 he participated in “We Are The World” event organized for helping Haiti after a big earthquake. He also performed at “The Tonight Show with Jay Leno”, alongside his sister CeCe and a duo Mary Mary.

In 2012 Bebe has released a memoir called “The Whitney I Knew”, in memory of his close and dear friend Whitney Houston who tragically died that year.

Her death shook him up very much and he was very sad about it for a long time. BeBe sang at Whitney’s funeral to honor his good friend.and everybody could see how he was shaken up.

In 2014 he reunited with Eternal in London to sing their big hit “I Wanna Be The Only One” one more time as a kind of reunion.

BeBe had a few legal problems throughout his life. In 2007 he sued his ex-business manager named Eric Peterson accusing him of stealing money from him.

Their battle was all over the tabloids because both of them shared their arguments and negative comments where ever they could.

BeBe has won a lot of awards during his career: four Grammy’s, Several Dove and Stellar Awards and even a Soul Train Music Award.

He is especially proud of his Grammy Awards because he managed to get them in a very strong competition of musician and singers.

BeBe also appeared in a Broadway musical called “The Civil War”. He liked performing on stage because he felt drawn to history of the play.

He got married to his former wife Debra in 1987 and they were married for 16 years. Their divorce was finalized in 2003.

Their marriage was very tense since Debra always felt that BeBe puts his career first and marriage second.

She was also very insecure since she was a homemaker and didn’t have her own career to pursue. They had two children together, a son Benjamina and a daughter Miya.

In 2009 he was arrested for assaulting his ex-wife with whom he battled over custody of their children. The charges were dismissed later but his wife claimed that it was not okay because it wasn’t the first time he has tried to abuse her.

After the incident in 2009 where BeBe pushed his wife on the ground, he agreed to attend counseling connected to domestic violence. That is why the charges against him were dropped.

His wife Debra commented that consueling was too mild punishment for him.

This event caused Oprah Winfrey’s decision to remove BeBe Winans from her show of  Karaoke Challenge. She stood by her decision until the matter was resolved because she always defended women in the cases of abuse.

Later they started talking again because of their children. They always attended graduation and similar events connected with children together.

It is not known is he single or in a relationship but he seems pleased with his life and doesn’t avoid the public eye.