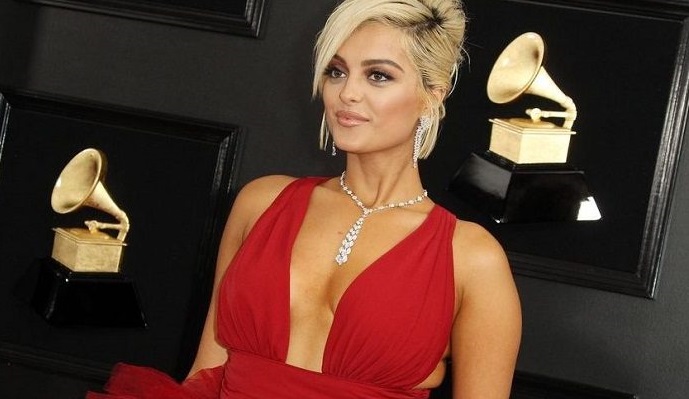 Today we are going to present you a popular singer, record producer and songwriter. Her name is Bebe Rexha and you have certainly heard of her and her music. She is an American singer, but she has also Albanian ancestry.

After that you will have the opportunity to read about her career that is more than successful. Of course, many details about her private life and her net worth are expecting you in the following chapters.

Before telling you the facts about Bebe Rexha’s birth, you need to know her real name. Her birth name is Bleta Rexha, but she is known by her stage name Bebe Rexha. She was born on August 30, 1989 and her place of birth is Brooklyn, New York, U.S.

Even though she was born in the U.S., her parents are of Albanian ethnicity. The father of Bleta Rexha was born in North Macedonia, in the place that is called Debar. The name of her father is Flamur Rexha.

At the time when he was born, Macedonia was a part of ex SFRY (Yugoslavia). When he was 21 years old, he moved to the U.S. and he stayed living there. On the other side, we have the mother of Bebe Rexha, who has also Albanian roots.

However, she was born in the U.S., but her family comes from the place in North Macedonia called Gostivar. The name of Bebe Rexha’s mother is Bukurije Rexha. When Bebe Rexha was 6 years old, she moved with her family to Staten Island, New York City, New York, U.S. It is also important to mention that Bebe Rexha has a brother who is younger than her. His name is Florent Rexha and they are very close with each other.

We are going to tell you now what the childhood of Bleta Rexha was like. It is known that she played trumpet, piano and guitar when she was a child. When it comes to her education, it is known that she was going to Tottenville High School that is located on Staten Island, New York. Also, when she was in the high school, she was singing in a choir. It was obvious that she is very talented for singing.

When Bebe Rexha was in the high school, she used to write songs and she was a winner of the award known as Best Teen Songwriter. Very soon Bebe Rexha signed the contract with Samantha Cox, who was a famous talent scout. She supported Bebe Rexha and gave her motivation to continue writing songs and to attend the classes dedicated to songwriting. All this was something that promised a great career for Bebe Rexha.

In the next chapter you are going to see more exactly in which way her career developed and what her biggest successes until now are.

There were a lot of singers who had the biggest influences on Bebe Rexha and her music career. Some of them are a Canadian – American signer Alanis Morissette, a British rock band Coldplay and an American rapper Kanye West. When it comes to the music style of Bebe Rexha’s music, we have to say that it is primarily pop music, but in her songs man can easily recognize the influences of hip hop, R&B, country and rock music.

However, the career of Bebe Rexha began officially in the year 2010. In that year she met Pet Wentz, who is a popular musician and also a bassist of a rock band Fall Out Boy. They started working together and very soon Bebe Rexha became one of the members of a band that had the name Black Cards.

This band was created by Pete Wentz and it released a couple of popular songs. However, in the year 2012, Bebe Rexha left this band and she decided to make a solo career. The year 2012 was very important for Bebe Rexha because in that year she wrote a lot of good songs and she earned the so called Able Olman Scholarship.

The year 2013 was also very important for the career of Bebe Rexha. In that year she signed with an American record label called Warner Bros. At that time she was writing a couple of songs for other singers.

One of the most popular songs that she wrote at that time was the song of Selena Gomez known as Like a Champion.

Also, she wrote the song for Nikki Williams that had a title Glowing.

However, the first single in the solo career of Bebe Rexha was released in March, 2014 and its name was I Can’t Stop Drinking About You. In November of the same year Bebe Rexha was featured on the song This Is Not a Drill from a popular American rapper Pitbull. At the end of the year 2014 Bebe Rexha released her other songs that also became very popular. Their titles are Gone and I’m Gonna Show You Crazy.

It is also important to mention that the first EP of Bebe Rexha was released in May 2015 and its name was I Don’t Wanna Grow Up. Another big success in the career of Bebe Rexha was featuring in the single of David Guetta known as Hey Mama.

The year 2016 was also very successful for Bebe Rexha. She released her next single known as No Broken Hearts. This single was extremely popular because a popular rapper Nicki Minaj was featured in it. In July 2016 Bebe Rexha released a single in collaboration with Martin Garrix. The name of this single was In the Name of Love.

It is interesting that in November 2016 Bebe Rexha was a host on the 2016 MTV Europe Music Awards that were held in Rotterdam, Netherlands. She used this opportunity to perform a couple of her songs, such as I Got You. This single was released in October 2016.

However, we have to mention the second EP of Bebe Rexha. Its name was All Your Fault: Pt. 1 and it was released in February of 2017. It is interesting that in March of the same year began the first solo tour of Bebe Rexha and it had a name All Your Fault Tour.

In July 2017 Bebe Rexha was featured in the single Back To You from a pop band One Direction. However, we have to mention the third extended play (EP) of Bebe Rexha and its name was All Your Fault: Pt 2. The first single of this EP was The Way I Are (Dance With Somebody) in which an American rapper Lil Wayne was featured, so it made this single even more popular.

The first and one of the most popular singles from this album was I’m a Mess. It is interesting that the next single of Bebe Rexha was featuring J Balvin and David Guetta, so it became extremely popular. The title of this single is Say My Name.

The success of Bebe Rexha continued also in the year 2019. Her new single was released in february of this year and its name is Last Hurrah. She announced that her inspiration for the next album was Britney Spears.

We hope that we have told you enough about the career of Bebe Rexha. Now you can understand her popularity and professional success that she made. There is no doubt that she is one of the most successful young artists in the U.S.

Now you are going to find out a couple of things about her personal life.

We have already told you something about the family of Bebe Rexha. We have told you who her parents are and we have explained you their origin. There is not much to say about the love life of Bebe Rexha. It is not known if she is dating someone or not, but she is probably single.

However, there were rumours that she was in a relationship with Martin Garrix.

We have also mentioned that they had a good collaboration, so they appeared together very often.

However, the rumours about their relationship have never been confirmed. Another possible affair that was related to Bebe Rexha was with G-Eazy.

Undoubtedly Bebe Rexha is earning a lot of money and the main source of her wealth is her music career.

It is also important to know that she earned a lot of money by appearing in a couple of movies and series as well.

Bebe Rexha enjoys luxury. It is known that she has a big and nice house in Brooklyn, New York. We have also to mention an interesting detail about her pet. It is a dog whose name is Bear and she paid for him 1000 dollars.

Bebe Rexha has a lot of fans all over the world. She is very active on social networks, but there are also a lot of pages created by her fans.

Below we are going to give you the links of her official profiles on social networks, which can help you find her and become her follower.

We have presented you Bebe Rexha in this article. We have told you that her real name is Bleta Rexha. She is 30 years old now and her date of birth is August 30, 1989. She was born in Brooklyn, New York, U.S., but very soon she moved with her family to Staten Island, New York. Her parents have Albanian roots.

Bebe Rexha is one of the most famous American singers and songwriters nowadays. The career of Bebe Rexha began in 2010. Her most popular singles are I Can’t Stop Drinking About You (her debut single), I’m a Mess, Hey Mama (featuring David Guetta), I Got You, Me, Myself & I, Last Hurrah, etc.

Also, she released three EP and their names are I Don’t Wanna Grow Up (2015), All Your Fault: Pt 1 (2017) and All Your Fault: Pt 2 (2017). Also, she has written a lot of songs for other singers. The most popular song that she wrote for others was the song of Eminem and Rihanna known as The Monster.

When it comes to the love life of Bebe Rexha, we have told you that she is probably single even though there are rumours that she could be in a relationship with a DJ Martin Garrix. The estimated net worth of Bebe Rexha is 4 million dollars, so there is no doubt that she is one of the most successful and also one of the wealthiest singers in the U.S.

We hope that you like this article about Bebe Rexha and we hope that we have explained you thoroughly who this American singer is. If you haven’t heard any of her songs yet, now it is the right time to listen to them and to enjoy the music of Bebe Rexha.

We have also told you that Bebe Rexha is active on social networks, so if you want to join her fan pages and to become her follower on Instagram or Twitter, then you can use the links that we have given to you. It will certainly help you be in touch with everything that is happening in the life of this American – Albanian celebrity.