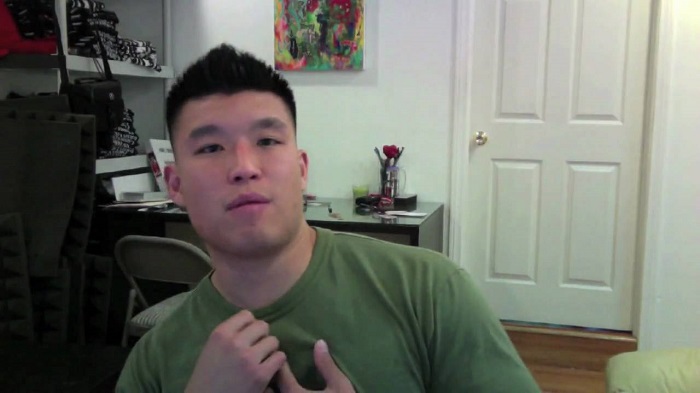 Bart Kwan is Taiwanese-American comedian, actor and YouTube personality known as one of the founders of YouTube channel JustKiddingFilms (JKF), that features comedic video skits and is followed by 1.6 million subscribers making almost 350 million views as of May 2017.

Kwan is also closely related to five more channels on YouTube, two of which his personal, that generate a collective amount of 2.1 billion views.

Internet offers little info about Kwan’s life and this article will give you all there is to know about Bart, especially his success story and his net worth.

Barton Kwan was born in Monterey Park, California, on the 18th of November 1985. There is scarce information about his childhood or his family. His father is Cantonese and his mother is Chinese form Taiwan. He has no siblings.

His parents didn’t like Bart neglecting his potential career in medicine for YouTube, so he gave them an ultimatum: he would work on the channel for two years just to see how it goes. Eventually the channel got big enough to make Bart’s parents happy about his new career choice.

Bart Kwan has a huge passion for fitness. He started training when he was 15 after he first tried out weight lifting with friends. Today Kwan owns a fitness gym and has a fitness clothing line.

Bart Kwan and Joseph Masato Jitsukawa, known as Joe Jo, started a YouTube Channel called JustKiddingFilms in 2007. Together they founded a film company of the same name, and made comedic skits that were rapidly growing in popularity.

JustKiddingFilms focused on short videos, mostly comedy and skits dealing with trending topics, which quickly attracted subscribers. They found a niche when they realized nobody was doing Asian comedy at the time. Bart and Joe were looking to capture specific humor of the Asian community and make it as memorable as African-American and Latino humor was at the time. In the beginning they worked in Kwan’s living room, but slowly grew hiring more staff and earning enough money to buy a studio in 2013.

JustKiddingFilms published more than 300 shorts on YouTube with Bart and Joe in the lead roles, and later with the help of other people working as channel staff, either behind the camera or acting in some of the shorts. Kwan did the writing and directing, making videos often from personal experiences.

Kwan has also acted in TV-miniseries and short comedies “Suika and Kwan”, “626”, “She Has a Boyfriend”, “Gun Fu”, and appear in episodes of “The Comment Show” and “Cholo Adventures”.

Bart Kwan also has two personal channels that mostly feature vlogs from his everyday life: Bart & Geo (the channel Bart shares with his wife) and Barbell Brigade (also the name of Bart’s gym). These two channels together have 1.2 million subscribers and 250 million views.

Bart Kwan is married to Geovanna Antoinette, known as Geo, who was Bart’s girlfriend since the beginning of the JKF Channel, also works on the Channel with the team and appears in some of the shorts with Bart.

Bart and Geo met through a friend. Bart introduced Geovanna to JKF Channel in 2010, and she was the first person to join the project after Bart and Joe.

The couple today has a personal vlog on YouTube and they own a gym in LA called Barbell Brigade.

They got married in September 2015 and in January 2017 announced that they are expecting a baby.

Children: Expecting a baby in 2017

All of the channels Bart Kwan today works on collectively have around 5.6 million subscribers and 2.1 billion views.

Bart Kwan’s net worth is estimated at $2 million, mostly earned from all of his YouTube channels especially the main JustKiddingFilms. Kwan also earns from sponsorship, ads, film and television, and there is a revenue from his gym.

Bart Kwan has profiles on social networks. You can see him posting regularly on Instagram where he has more than 450 thousand followers.

Kwan use to make videos form home and once had a funny moment with a fan. Kwan found a post-it sticker on his doorknob written by a fan who wanted to say hi and let Kwan know he knows where Kwan lives. Bart reacted by flipping the post-it over and leaving a written warning to the fan not to come back to his home again.

Bart Kwan is a fan of tattoos. He has tattoos on his left arm, leg and shoulder and he use to have pierced ears in high school.

Kwan has a fear of heights and hates roller coasters. He is allergic to cats, but loves dogs.

Bart Kwan is a comedian, actor and YouTube personality, known as one of the founders of YouTube channel JustKiddingFilms. All of the six YouTube Channels Bart Kwan works on collectively generate 2.1 billion views and 5.6 million subscribers earning him a $2 million net worth.

Kwan is a single child and his parents are from Taiwan. He married Geovanna Antoinette, who was his longtime girlfriend since the beginning of his career and his coworker on the JustKiddingFilms project. Bart and Geo now own a gym in LA called Barbell Brigade and run a personal vlog on YouTube. In January 2017 they announced that they are expecting a baby.