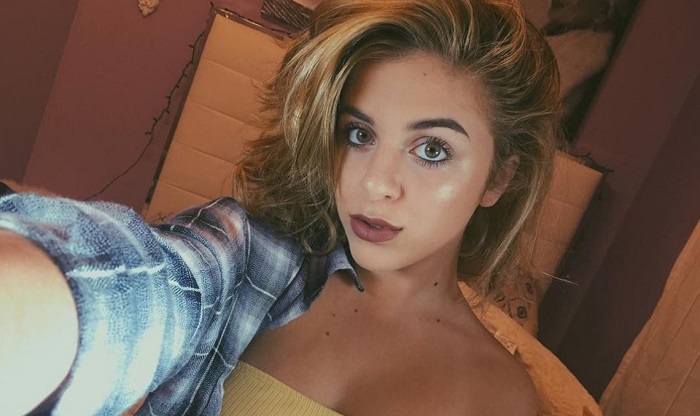 Ariel Martin is a teenage girl who managed to get famous through a mobile app called Musical.ly.

Baby Ariel was born on November 22, 2000.  She was always a happy child and spent most of her childhood playing with her other friends. Everyone claims she always liked to talk a lot.

Her dad, Jose Martin, is her best friend. He always stays by her side no matter what.

She began to post on Musical.ly when she was fifteen and she posted various lip-sync videos since the app is meant for those.

It didn’t take much for Ariel to gain fame since she is very likeable and pretty. She started to gain an audience that wanted to be like her and male viewers who found her attractive.

She made her YouTube channel as a backup for her career if Musical.ly gets shut down just like Vine did.

On her channel, she used to post videos just to make people laugh and made tutorials on how to make Musical.ly videos, but now she also makes vlogs.

In 2016, she signed a deal with CAA and from that moment on, she realized she was popular.

Ariel has a younger brother called Jacob. He is famous on social media and appears on her channel sometimes.

She claims her brother can get a bit annoying, but she loves him anyway.

Ariel tries to keep her love life private, but everybody knows that she dated another fellow Musical.ly artist Zach Clayzon.

They broke up and she started to date Blake Grey with whom she is now.

Ariel says she has a hard time finding boyfriends because she has high standards and doesn’t want to date a fan since they get a bit obsessive.

Ariel refused to buy a new house and move out when her manager told her that it might be a good idea. She claims that she still wants to have a normal life while living with her parents and spending time with her brother.

She claims that social media helped her be more confident and gain some self esteem. In school, she would oftenly feel bad because she was really short and people would sometimes tease her. She now doesn’t feel bad about it.

She made a whole campaign called #Arielmovement where she encouraged her fans to defend themselves if they are bullied and realize that they are not alone.

She says that she loves her fans, but finds it weird when she sees photos of herself in the supermarket just buying stuff and somebody had followed her around.

Baby Ariel is a famous artist that became famous through an app meant for phones. Her estimated net worth is $1,75 million.