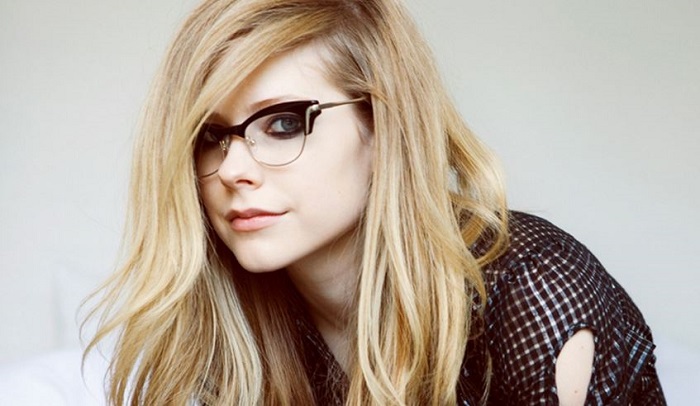 Avril Lavigne is a singer, an actress and a songwriter from Canada. She was only 16 when she signed a record deal worth over 2 million dollars.

She released her first album titled “Let Go” in 2002 in which she made her punk persona and with it, she got the title of “Pop Punk Queen” from the public.

She impacted the industry a lot by bringing punk back to the mainstream and the US. Her music was only punk-inspired tho, and her genre was pop-punk.

She came into the limelight with her song “Complicated” that went to No.1. in a lot of countries.

In 2007 she released her third studio album and a song from it titled “Girlfriend” went to No.1 on the Billboard Hot 100 in the states.

Her other albums had the same success.

Avril also gave voice to a character in a known animated movie called “Over the Hedge” in 2006 and was in Fast Food Nation the same year.

Avril Lavigne was born on September 27th in 1984 in Belleville in Ontario, Canada. Her full name is Avril Ramona Lavigne. Her name comes from a French word for April.

Her parents recognized Avril’s skills and talent from a young age since she was always performing and singing in front of them.

Avril isn’t an only child, she had an older brother named Matthew and also a younger sister, Michelle.

Avril’s grandfather was born in Saint-Jérôme in Canada. He was a member od Canadian Air Force. He married Lucie Dzierzbicki in 1953 and they had a son. In 1975 her father Married Judith-Rosanne Loshaw, Avril’s mother.

Avril grew up in Greater Napanee located in Ontario and there she went to school. She often misbehaved. Her parents always supported her singing and her father even bought a microphone for her, along with drums, guitars, keyboards and so on.

When she was only 14 she was going to karaoke sessions with her family and she was also performing a lot on all sorts of fairs and events.

The first song she ever wrote was called “Can’t Stop Thinking About You” and it was about her crush at that time.

Avril also won a reward in 1999. It was to perform with Shania Twain, one of the most famous singers from Canada, in Ottawa. They sang her song together called “What Made You Say That”.

Lavigne was finally spotted for her talent when she was singing in the theatre. It was Stephen Medd, a singer, who spotted her.

In 1999 Avril worked with him on his song “Touch the Sky”. It was for his Quinte Spirit album.

She was also a part of his following album called My Window to You on a song like “Temple of Life”.

She was finally noticed by a manager in 1999. It was Cliff Fabri and he saw her in Kingston where she performed covers of country songs.

Mark Jowett then arranged a meeting with a known producer Peter Zizzo and Avril wrote a song titled “Why” with him in New York. While she was there she was noticed by Arista Record.

In 2000 she was invited by them to an audition and she impressed them so much that she immediately got over $1million worth a deal with them. They made a deal to make 2 albums.

After that Avril dropped out and continued to focus on her music career with her skateboarding punk persona.

She finished recording her breakthrough album in January of 2002 and both her and the label were really proud of it.

She released this album in June and it went o the second place of the Billboard 200 chart in the United States.

In Australian, United Kingdom and Canada, it was No.1. on the charts.

This success made her the youngest female solo artist to hit No.1 in the UK.

She also received a diamond certificate in 2003 in Canada.

She also made her debut single that was titled “Complicated” and it was No.1 in Australia and also second in the US. This was one of the biggest hits in her whole career.

Her songs “I’m With You” and “Sk8er Boi” were also huge hits.

Avril also got an MTV VMA award in the category of “Best New Artist” in 2002.

She also got 4 Juno Awards a year later and got 8 Grammy nominations for categories like “Song of the Year” and “Best New Artist” which was a huge accomplishment for a debut album.

In 2002 she appeared in a music video for a single called “Hundred Million” made by a band called Treble Charger.

In 2003 she made it to the cover of a Rolling Stone Magazine which was a great honor for her because she knew that only stars came to its covers.

After the success, she went on a tour called “Try To Shut Me Up Tour”. It was very well visited and she had earned a lot of money from it and increased her fan base too.

In May of 2004, Avril released her second studio album and it was titled “Under My Skin”.

This album went to No.1 in the United Kingdom, United States, Australia, Japan and also Canada. This was a huge success. The album was 5 times certified platinum in Canada.

She wrote the album with Chantal Kreviazuk and also Raine Maida and Don Gilmore.

Avril stated that most of the songs from this album were about her experiences.

The lead song from this album was called “Don’t Tell Me” went to Top 5 in both Canada and the UK. It was only in the top 10 in Australia tho.

The song “My Happy Ending” was also first 5 in Australia and the UK and it was in the top 10 in the United States and was often on the radio.

In 2004 she went on a “Live and By Surprise” tour with Evan Taubenfeld that played the guitar.

The same year she went on her first-ever world tour called Bonez Tour.

She also got 3 Juno Award in 2005 and was nominated 5 times for them. Avril won “Favorite Female Singer” award at the  Nickelodeon Kids’ Choice Awards.

In 2004 Avril co-wrote a song for Kelly Clarkson titled “Breakaway”. The song was made for a movie titled “The Princess Diaries 2: Royal Engagement” which was very popular.

In 2006 she performed at the closing ceremony of the 2006 Winter Olympics that were held in Canada.

She also made a song for a FOX Entertainment film called Eragon titled “Keep Holding On”:

In April of 2007, she released her third album and it was titled “The Best Damn Thing” and it was No.1. on the Billboard 200 in the US. It was also platinum in Canada.

The lead single for this album was “Girlfriend” and it was the first time that her song went to No. 1 on the Billboard Hot 100 in the US.

It was also No.1. in Japan, Australia, and Canada and was second in France and the United Kingdom.

This song was also recorded in different languages like Italian, Spanish, French, Japanse, German and so on.

Another single from this album that was very successful was “When You’re Gone”.

In 2007 she got the World Music Awards for “World’s Best Pop/Rock Female Artist” and “World’s Bestselling Canadian Artist”.

Avril also got her first-ever MTV Europe award and also a Teen Choice Award for the category of “Best Summer Single”. She also got 5 Juno nominations.

In 2008 she went on another world tour titled “The Best Damn World Tour”.

In August that year, the Pan-Malaysian Islamic Party wanted to ban one of her shows because her choreography was considered”inappropriate”. They failed in this and the concert was held either way.

In 2010 Avril made another song for a soundtrack. It was for a movie Alice in Wonderland and the song was called simply “Alice”.

In February of 2010, she again performed at the Winter Olympics, this time in Vancouver.

A megastar Rihanna used Avril’s song “I’m With You” and sampled it for her hit track “Cheers (Drink to That)”. This song is on Rihanna’s album Loud that came out in 2010.

In 2008 she started making her new album “Goodbye Lullaby” and made a song titled “Black Star”, the same as her new fragrance.

The whole album was released in March of 2011 although the led single premiered in December of 2010. It was called “What the Hell”.

This album received few Juno nominations. It wasn’t as popular as previous and got only certified gold.

In 2012 Avril covered two songs for a Japanese film and they were Nickelback’s “How You Remind Me” along with “Bad Reputation” from Joan Jett.

Avril released the lead song from an upcoming album in 2013 and it was called “Here’s To Never Growing Up”. It went to the top 20 in the UK and Australia.

Other known songs from this album are “Let Me Go” and “Rock n Roll”.

In November of 2013, she released the album named “Avril Lavigne” and it was certified gold in Canada. It also got Juno nominations.

In 2014 Avril released her single “Hello Kitty”. The video was a bit controversial because some people saw it as racist.

In 2014 she was on a tour for a known boyband called “Backstreet Boys”. The tour was called In a World Like This Tour.

In 2015 she released a video for “Give You What You Like”. This song is in a movie called Babysitter’s Black Book. The album of the song was titled the same as this song. It was certified Gold in the US.

In April of 2015, she released “Fly” for the Special Olympics Summer Games that year.

In 2019 she released her sixth album titled 2Head Above Water”. This album was in top 10 in Italy, Switzerland, Australia, Canada, Japan and more. It was also number 13 in the US.

Known songs from that album are “Tell Me It’s Over”, “Dumb Blonde” and also “Head Above Water”.

Her acting career started in 2002 when she starred in ” Sabrina, the Teenage Witch”.

In 2004 she was in the movie titled “Going the Distance”.

She also played the role of Beatrice Bell in the Flock in 2007.

In Jul of 2010, Avril also made a second fragrance. It was called “Forbidden Rose”.

In September of 2010, she made her own charity called “The Avril Lavigne Foundation” and it helps young people with disabilities.

When Avril was only 19 sh started dating with guitarist Deryck Whibley. In June of 2005, they got engaged and married a year later. They were together until 2009 when they wished to divorce.

In February of 2010, she started dating Brody Jenner, but they were together for only two years.

In 2012 she started a relationship with a frontman on a band called Nickelback. He is called Chad Kroeger.

They met when they worked on her album together and married the same year in France. They split up in 2015.

In 2015 she talked about her disease. She was a young woman of 30 when she was diagnosed with Lyme disease but was successfully cured of it.