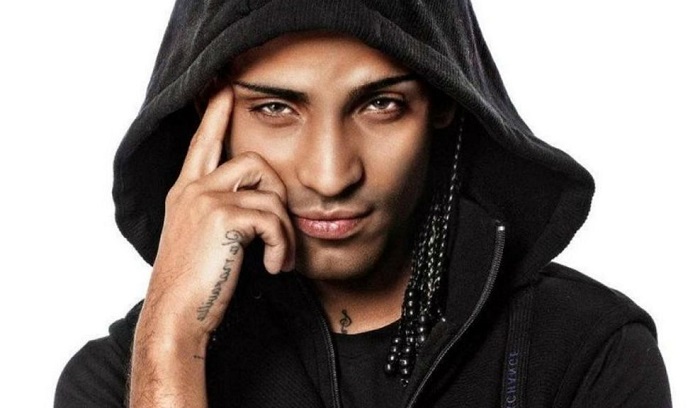 Arcangel is a stage name of an American musician going by the name Austin Agustin Santos and who comes from New York City, one of the biggest cities in the United States.

He is of Latin American descent and makes music in the reggaeton genre. He became widely known as a part of a duo under the name Arcangel & De La Ghetto.

His celebrity nicknames are La Maravilla and El Fenomeno which are also names of his music projects.

Many people know him through his nicknames, but he is growing towards becoming a worldwide artist and has therefore been thinking about changing the name up.

He was born as Austin Agustin Santos on December 23, 1985, in the neighborhood of New York called Harlem.

He was born to Dominican parents and has spent most of his childhood in the Puerto Rican municipality named Bayamon. He respects his hometown a lot and says that he would love to go back to his roots more often, but he is always so busy.

It is no wonder that he had musical talent from when he was born because his beautiful mother named Carmen Rosa was a part od a merengue group consisted of only women and had a productive career in the 80s.

The name of his mother’s group was “Las Chicas Del Can” and his mother was an important member of the group. He says that he got all of the good qualities he has from his mother and that he is very thankful for all of the guidance she has provided him through the years.

She was always a role model to him and she always supported him in his efforts to build a career in music. That’s why he was very interested in working with him and helping him move forward. She was also never afraid to invest in him.

She hasn’t influenced him by music, she made an impact on him and his brothers because she raised them as a single mum and showed how strong a person can be.

She also showed him how love can be a powerful thing which gives the energy to keep going no matter what. He thanks her for that quite often and he mentions her in his interviews as the person who completely changed him.

A lot of Arcangel’s earliest memories are the ones when his mother sang to him. This had woken up his love for music and artistry.

Austin grew up surrounded by music of all types, from rock to his parent’s homeland music. He was always more oriented to rock music because it suited him best but when he was feeling down he liked to listen to folk music.

One of his favorite musicians and singer was a multi-talented Puerto Rican artist called Draco Rosa who was his role model. He wanted to be just like him or at least get a chance at working with him from time to time.

He is one of the most popular Puerto Rican musicians who became extremely famous for hid work with a Puerto Rican Spanish boy band called Menudo.

Although Arcangel never put reggaeton in the first place of this type of music he learned to love it and was especially interested in the work of Tego Calderon and Tempo whose rapping styles suited him the best. He was very inspired by all of these cultures combined.

The first time he returned to Puerto Rico with his parents was when he was 12 years old but after that, the family moved back and forth from those two places.

Before becoming famous he worked in many places and he was never ashamed of his jobs. He helped his mum working in a bar in Santurce in Puerto Rico. He once even wore an Elmo costume at his workplace.

In 2002, upon his last return to Puerto Rico, Austin decided that it is time to pursue his rapping career and he completely turned to reggaeton with the support of his family.

He gave himself the name Arcangel after he visited his grandmother who was a very religious woman and saw a painting of the San Miguel  Arcangel fighting a demon and he immediately felt that he was connected to the Arcangel.

After months of searching the best way to enter the Puerto Rican reggaeton scene, he decided to form a reggaeton duo named Arcangel & De La Ghetto. This was his shot at trying out some of the best managers in the field.

He did it together with Rafael Castillo whose stage name was De La Ghetto. Their collaboration started in the town of San Juan when they decided to start their shoes and performed all over the country. He gained quite a few fans this way, especially since his partners were already more famous than him.

They were signed to Baby Records from 2004 until 2007. The only studio album the duo released was “Las Nuevas Amenazas” which was released in 2007. After that, the duo separated and both of the members started building their solo careers.

One of the biggest reasons for their separation from Baby Records lays in the fact that they have never released any of their albums and all of their songs leaked to the Internet before the release of the material.

Arcangel even sued Baby Records because of it and decided to create his label. Arcangel concentrated on his solo career and started working on a compilation album with many reggaeton producers and artists.

In 2007, a compilation album produced by DJ Nelson was released under the name “Flow la Discoteka 2”. Arcangel was featured on the album with his single called “Chica Virtual”.

The single was very well received by the public and became one of the most played radio singles in Latin America. He was very happy about this because he became viral in the country he wanted to stay in, but he remained calm and he continued to work hard and stay humble.

It eventually entered the Billboard Latin Charts in the Top 10 songs. He was very proud when it did because this was finally a proof to him that all of his hard work is paying off.

Although Arcangel wanted to release his album in 2008 it became impossible for him because his album leaked to the Internet once again in the spring of the same year.

After that, the album appeared on his official website and was further distributed under the name “La Maravilla”.

One of the most popular songs on the album was “Pa’ Que la Pases Bien” which became a big hit not only in Latin America but also in the United States.

So it seems that the leak of his album onto the internet helped him breach onto the American music scene more efficiently than other reggaeton performers.

The same year his prepared album leaked to the internet so he founded his record label called “Flow Friday”. He also named his mother Carmen Rosa to be his manager.

By the end of 2008, he had released his debut studio album titled “El Fenomeno” which he released together with Machette music label (Universal). His single “Chica Virtual” also found its place on this album.

The biggest hit from the album was a song called  “Por Amar a Ciegas” and the song was produced by Luny Tunes and was written by Norfie Noriega.

In 2019 he started his European tour which lasted almost the whole year. He visited Germany, France, Spain, all the way to Northern Europe.

In 2012 he signed a contract with a Puerto Rican record label called “Pina Records” which is the most important reggaeton record label in all Latin America.

In November 2013 he had released his new studio project under the title “Sentimiento, Elegancia & Maldad” which featured a lot of artists, such as Mambo Kingz, DJ Giann, Nico Canada and more.

It consisted of 18 tracks, mostly written by Austin Santos. It peaked on No.1 on US Top Billboard Latin Albums and was certified gold by RIAA.

His next album was named “Los Favoritos” and it was released in 2015 by Pina Records. This album was nominated dor the Premio Juventud Award. It was made in collaboration with DJ Luian.

His last album was released in the summer of 2018 and was titled “Ares”.

In 2016 he collaborated with Anuel AA and De La Ghetto on the song “La Occasion” which became a huge hit.

The last album “Ares” moves away from reggaeton to trap music.

Arcangel was in a relationship with a beautiful model named Marisol Garcia. He has a daughter named Angelica Lucero Santos Figueroa and a son Austin Alejandro Santos Pascual.

All of his children have Puerto Rican mothers. Many media people tend to bash him for this and they make his life quite harder, but he doesn’t bother with them.

He says that he is sorry that his kids can not grow up together like siblings but his son lives in Puerto Rico and his daughter is in the US so it is impossible for them to meet often.

He visits his daughter as often as he can. He says that he would surely want to do it even more often, but he does not have the time and it just feels like he is always away doing some projects.

He was also dating a beautiful woman named Janexsy Figueroa. This was very exposed to the media.

In April 2019 he was arrested in Las Vegas because he was violent to a person in one Vegas strip bar and was released after he posted bail in the amount of $2000.

It seems that he hit his baby’s mama so it was treated as a misdemeanor domestic violence. He has over 10 million followers on his Instagram account although he had only a dozen posts.