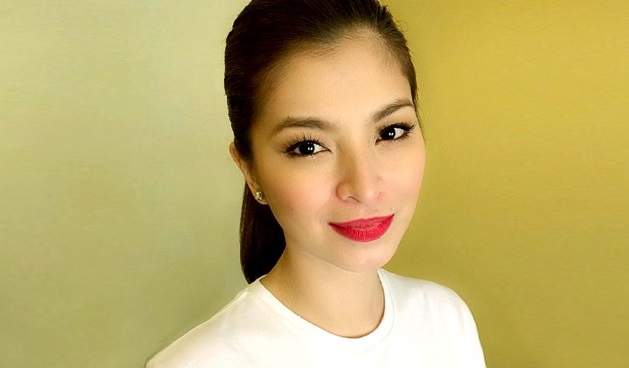 Angel Locsin is a TV and film actress, a producer and a fashion designer from the Philippines.

She became known in the industry after she starred in Mulawin, a 2004 television series where she played Alwina. She was also starring as Darna in a TV adaptation of a famous Mars Ravelo comic.

Until 2007 she worked for GMA Network. After that, she went to work for ABS-CBN.

She was in a TV series called “Lobo” as Lyka. She got an International Emmy Award nomination for that role for the best performance.

After that, she was in “One More Try” and “In The Name of Love”. Those two movies together got her the Star Awards in the categories of “Film Actress of the Year” and “the Box-Office Entertainment Award” for 2 years in a row.

She got the FAMAS Award and the Film Academy of the Philippines Award for “One More Try” in the category of “Best Actress”.

Angel was born on April 23rd in 1985 in Santa Maria located in Bulacan by the full name Angelica Locsin Colmenares.

When she was 14 she started living with her father only and stopped being in contact with her mother.

She went to the St James College located in Quezon City and went to the University in Manila.In 2007 she took courses for fashion design in Central Saint Martins College of Art and Design located in London.

She is a Christian but is a part of a Muslim Royal Family in Marawi City because of her mother’s side of the family.

A talent Scout discovered Angel in a shopping center and after that, she started auditioning. She was almost a part of the ABS-CBN’s Star Circle Batch but couldn’t sign it because her father was against it.

Later she signed for GMS Artist Center and starred in the second season of “Click”.

In the summer of 2004, she was in a fantasy television series titled “Mulawin” with actors like Richard Gutierrez and she played “Alwina” the main protagonist. The finale of this series was in March 2005 and through the whole series it received high ratings.

After the success of that series, she started playing Darna in another fantasy series titled “Darna”. This series was received even better than “Alwina” and was a huge success. It got extremely high ratings.

After this, she went on and did another Fantasy themed television series, this time titled “Majika”. She did it with Dennis Trillo and it aired in 2006. She was playing Sabina, a woman that looks normal and thinks she’s normal but she has been living in the world of mortals her whole life without knowing that she was destined to be one of the most powerful magicians.

From January to June of 2007 she appeared in a series of Asian Treasures along with Robin Padilla. This was a first-ever Philippine series that was shot in numerous countries like China, Mongolia, and Thailand. This series was also well received by the public.

In the summer of 2007, she signed for ABS-CBN. The first series that she appeared in after that was titled “Via Maalaala Mo Kaya” in the Pilot episode. She got a Star Award for “Best Single Performance by an Actress”.

At the beginning of 2008, she did her first drama series titled “Lobo”. She got a lead role in Lyka in it. Another main character who was in this series was played by Piolo Pascual. She got an International Emmy Ward for this tv series in a category of “Best Performance by an Actress”. She also got an Emmy nomination and Aning Dangal Award for it along with another Ani ng Dangal award in Canada.

A year later she starred in “Only You” which Is a Filipino remake of a Korean TV drama that aired in Korea in 2005. She worked with Diether Ocampo and Sam Milby for it. The director of this show was Rory Quintos and it was very popular. It was the third most-watched TV show of that year.

Angel was in a TV series titled “Immortal” in 2010. It is a sequel to the series she has done earlier in her life, “Lobo”. She did this with John Lloyd Cruz as one of her co-stars and a director Chito Rono. In just 3 months of release, the site with the series had over 15 million clicks on it.

In 2011 she guest-starred in a sitcom called “Toda Max”. After good reactions to it, she started being a regular on it.

Three years after she returned to primetime TV with a hit series titled “The Legal Wife” with actors like JC de Vera, Jericho Quintos and Maja Salvador. The directors of this series were Dado C. Lumibao and also Rory Quintos. This show had extremely high ratings and even helped with dropping the crime rate.

Due to her popularity, Angel became a Philipinas Got Talent judge.

In 2017 Angel guest starred in La Luna Sangre in a role of Lia.

As for her career in films and not series, her first movie was in 2000. It was “Ping Lacson: Supercop” and in it, she did an outstanding job of playing the role of Robina Gokongwei.

She also appeared in Mano Po 2 in 2003 and a year later she starred in a teen movie called “Kuya” and also a comedy film titled “Singles”.

In 2001 she was in a drama movie titled “Mano Po III: My Love” and also in a horror film for the first time. It was titled “Sigaw” and both the horror movie and a drama were nominated for Metro Manila Film Festival.

In 2005 she was in the romantic film titled “Let the Love Begin” with Richard Gutierrez. It was released by GMA Films.

The two of them also again acted as Alwina and Aguiluz from their previous roles but this time in a movie version of “Mulawin”. This movie entered the Metro Manila Film Festival that year.

In 2006 Angel starred in another romantic movie this time titled “I Will Always Love You”. She was also in another horror movie titled “TxT” and Mano Po’s fifth part.

In 2007 she was again in a movie with her fellow co-star Richard Gutierrez in again a romantic film titled “The Promise”. Roles in this film were a bit more mature then their previous characters in movies they were both in.

In April that year Locsin decided to release her movie titled “Angels” which she produced herself.

Her and Piolo Pascual were in the movie “Love Me Again” in 2009 in the led roles. In 2010 Angel also had a cameo on “My Amnesia Girl”, a romantic comedy.

In 2011 she made a drama movie with Aga Muhlack titled “In The Name of Love” which got great critics. For this performance, she got numerous awards like the Star Award for Movie and Movie Actress of the Year, a Gawad PASADO award and also a nomination for the FAMAS Awards.

In 2012 she did a romantic comedy titled “Unofficially Yours” with John Lloyd.

She was also in a drama movie “One More Try” with fellow stars Angelica Panganiban and Dingdong Dantes. This movie was entered at the Metro Manila Film Festival of that year.

She was highly praised and got a Star Award and FAMAS Award along with the Film Academy of the Philippines Award.

In 2016 she was feeling extremely honored because she received the “LifePeg or the Lifetime Achievement Award from Star Cinema and also Aktres ng Dekada Award.

Angel also got the Best Supporting Actress award by Eddy Editor’s Choice Awards for her movie “Everything About her” she did with Vilma Santos.

She also had a role in “The Third Party”, a movie with an LGBT theme.

She is supposed to star in “Wife, Husband, Wife” with Richard Gutierrez and Angelica Panganiban.

In April of 2007, she has organized a celebration for her  birthday with GABRIELA Foundation, which is a respectable foundation directed towards women and children.

In 2008 she organized an event to give gifts to unfortunate children in Payatas located in Quezon City. Angel gave them food, clothes and all the necessary things that they need.

She decided that hse should give it to the community for her birthday.

In June of 2019, she posted an Instagram picture about her engagement.

She is engaged to Neil Arce, a movie producer.