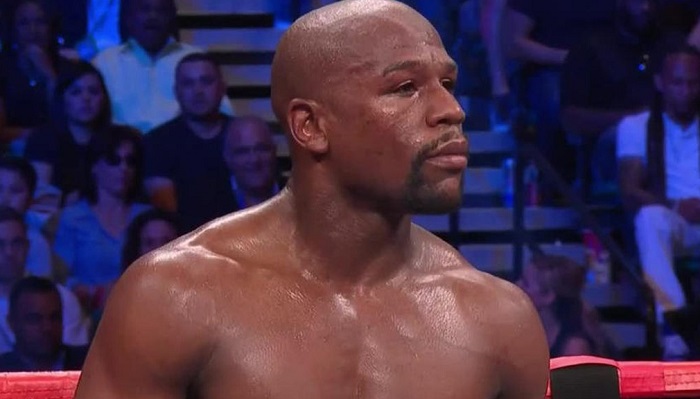 Andre Berto is a known professional boxer coming from Haiti and nicknamed “The Beast”.

He was the 3rd best welterweight champion in 2008.

He has both American and Haitian citizenship.

He was born as Andre Michael Berto on September 7, 1983 in Winter Haven, in Florida in United States.

He was born in a family of Haitian immigrants and his mother is named Wilnise and his father is Dieuseul Berto.

His parents immigrated from Haiti in 1980 and three years later Andre was born on the American soil.

He was one of six siblings with whom he is very close to. He has two brothers James Edson and Cleveland and three sisters: Rachelle, Naomi and Revelina.

Andre has been very close to his family from a very early age and is taught to always take care of every member of the family in need.

Andre wasn’t strong as a kid and was bullied at school. After he was beaten up by other classmates at school several times, his father Dieuseul took him under his wing and started training him.

Andre focused on boxing and it kept him out of trouble in their troublesome community but it also made an impact on his choice of career.

When Andre started training amateur boxing he showed great skills in it, which eventually brought him to the top of amateur league.

In 2003 he has won a bronze medal at The World Amateur Boxing Championship. This was a great success for a twenty year old boxer descenting from Haiti.

Other than that, Andre also won the U.S. National Golden Gloves Championship not once but two times in his career. He gained 22 titles in his home Florida which is an astonishing success and very rare.

Andre wanted to win at the Olympics with the 2004 US Olympic Team as a member of the boxing squad. He was disqualified in his match with Juan McPherson but was later returned to the qualifications.

Later he was eliminated again and threw back to the original rouling and couldn’t continue representing the United States at the Games.

He was very upset with this decision since his dream was to box at the Olympics.

Since his parents were Haitians, he qualified to box for team Haiti and they gave him Haitian citizenship to enable this for him. This was a smart way to ensure his stay at the games.

Neverthless, he wasn’t very successful and he lost a fight against Xavier Noel in the French team and left Olympic Games without the medal.

In his first two years of boxing, from 2004-2006 he won 15 fights all together and made great 13 knockouts in them. This is a very high knockout score.

In 2006 he won a match against Miguel Figueroa, a very respectable boxer and it brought him great fame and financial reward. Figueroa is a very famous boxer who won several titles and fought some of the most famous names in the world of boxing.

It was the same year that ESPN named him the “Prospect of the Year” since it seemed that he was going to become a great boxer in the near future.

In 2007, he fought Norberto Poravo and won by TO and Martinus Clay whom he also won by TO. Technical knockouts seemed to be his biggest weapons.

In 2007, in his fight against Cosme Rivera, Berto was knocked down for the first time ever since he started his professional career, but by the end of the match he won it the same. Cosme lost the match but was proud to be the first to knock down Andre Berto.

At the end of the same year he defeted David Estrada (again by TO) and gained his NABF Welterweight title.

In 2008, he successfully defended his title against Michael Trabant so he stayed the NABF Welterweight champion. In 2008 he gained his WBC welterweight title by defeating Miguel Rodriguez in the way that the referee stopped the fight because of Rodriguez poor condition after Andre beat him up and gave him severe injuries.

He defended the same title in a match against Steve Forbes and again showed why he is one of the top boxers ever.

His second defense of the same WBC title was at the beginning of 2009, in a match against Luis Collazo. This was the first fight that was considered to be Collazo’s winning but the unanimous decision was on Andre’s side.

His next defence was against Juan Urango in May 2009.

In 2010 he withdraw from his fight against Shane Mosley because of the terrible Haitian earthquake which caused him to lose a family member.

In 2010 he won a match against Freddy Hernandez.

In “Fight of the Year” in 2011, Berto lost his title in a match against Victor Ortiz. Victor is also a very famous boxer (but later involved in a controversy and arrested for sexual assault in 2018).

In 2011, Andre defeated a Slovenian champion Dejan Zavec and became an IBF champ. Andre spoke very well about his Slovenian fellow boxer and his skills.

In 2013 he lost his boxing license and a chance for a rematch with Victor Ortiz due to a positive test for an illegal substance. He claimed the test was false from the beginning.

Later, when it was revealed that his test was contaminated, he gained his license back but he wasn’t satisfied and he stated that it permanently left a stain on his career although he was declared innocent.

In 2012. he was defeated by Robert Guerrero in a fight which led their eyes closed shut by the hard fight – both boxers suffered big injuries of face and body.

The next fight he lost was against Jesus Soto Karass in 2013.

In 2015, Andre was finally able to fight against Floyd Mayweather like he wished. The match took place in Las Vegas and it was a high profile match with many thousands of viewers in the arena and hundreds of thousands in front of TVs.

He lost the fight but still earned a very high $4 million. It was seven or eight times less than the winner of this match.

In 2017 he lost the match against Shawn Porter and lost the chance to gain the title.

In 2018 he won a match against Devon Alexander.

Aside boxing, Andre Berto has created his own clothing line named “Harvest” and all the merchandise (men’s and women’s clothes and accesorize) can be bought on Harvest official.com.

As for his personal life it is known that he is very close to his family members. His brother James ans sister Revelina are MMA professionals too.

Andre is often called Mike, because of his middle name.

In 2008 he has signed an endorsement contract with a brand named Everlast Worldwide.

In 2011 he made his TV debut starring as himself in “Golden Boy Boxing” TV series.

He is a big fan of Marvin Hagler and Hip-Hop.

Due to his resemblance to Reggie Bush, an American football player, the two of them are often mistaken one for another.

Andre was involved in helping Haiti after the big earthquake and was focused on many charity events connected to it.

He started his own foundation named “Berto Dynasty Foundation”.

As for his philanthropic work connected to his home Haiti, he has met with grandsons of Nelson Mandela and worked closely with Bob Marley’s son.

He also collaborates with a lot of athletes and entertainers and is well connected with the UN.

In 2011 it was rumoured that he was dating beautiful Miss Kentucky named Kia Hampton but they have never confirmed their relationship.

Today Berto is in a relationship with Porsha Nicole and they have a baby girl together. He uploaded a video on his Instagram channel which was a baby shower but he used it as an oportunity to ask his girlfriend to marry him and she said yes.

Porsha is a singer and an entertainer and a part of a female group. She is also very active on her social media and is very pleased with her relationship with the boxer.

In 2018 they went cruising in Europe and visited Italy and Greece. Andre bought her a brand new Mercedes to show her how he appreciate everything she does for him.

Andre is very active on social media and has over 230k followers on his Instagram channel. He posts a lot of photos and nowadays he uploads his baby photos.

Andre’s good friend is a known musical artist Chris Brown and they often visit each other on fights and concerts.