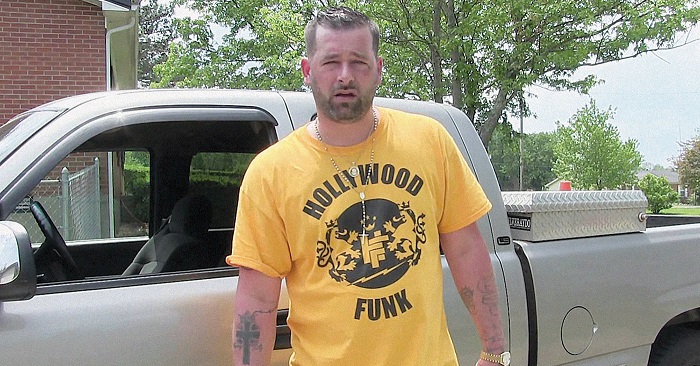 Amiri C. King is a YouTube comedian known for his Channel RoyalMediaMafia where he published parodies and skits. Amiri is an ex-con turned actor who now has a successful career entertaining people, being awarded for his work and earning a living out of comedy.

In this article you will find out how Amiri King turned from bad path to stardom, what is his net worth and where you can find him on social networks.

Amiri C. King was born as Tony Donovan Schork in Louisville, Kentucky on the 10th of July  1979. At the age of 18 he changed his name and chose to be named after his favorite poets Amiri Baraka and Countee Cullen.

Amiri had a difficult childhood. When he was 11 he ran away from home, and was homeless for a while living on the streets of Louisville. At 16 Amiri was tried as an adult for first degree armed robbery. He got out at 18 only to be sent back to prison for another three years.

After his release, Amiri started speaking at high schools to children about his experience with the law. Then in 2006, Amiri started a YouTube channel and started doing comedy.

Amiri King’s YouTube Channel got famous in 2014 for a comedy bit called, “The Silverado Parody” where Amiri made jokes about his car Chevy Silverado.

Since he started uploading videos in 2006, Amiri had to start over, due to infractions, and he is now uploading on his third YouTube account under his own name Amiri King. The channel has 63.5 million views and 288 thousand subscribers.

Amiri has starred in many independent films and now writes for other comedians. He is awarded as LEO Magazine’s Readers’ Choice Best Comedian in both 2015 and 2014, and has a YouTube Silver Play Button.

Amiri King lives in central Kentucky and has three daughters: Kennedy, Tilly, and Marcy. He is single now, but there is no info of an ex-wife or girlfriend.

Pet own: Willy the cat

Amiri King’s net worth is estimated to be $150.000. Part from working on YouTube, Amiri writes comedy material for local comedians and has also sold some of his artwork.

Amiri King’s story is in its core made of interesting fact, and one basically can’t tell his story without mentioning all of it in the first few sentences.

Amiri doesn’t give away much personal information, and everything that he does give is wrapped up in comedy. The most interesting fact about him is that he has been to prison and that it had determined the course of his life, and made him change to become a better man.

Amiri C. King is a YouTube based comedian known for his YouTube Channel where he publishes parodies and skits.

He ran away from home at 11 and lived on streets. At 16 he was sentenced for a first degree armed robbery and had spent several years in prison. After regaining his freedom, Amiri turned to comedy and started making videos on YouTube.

A comedy bit “The Silverado Parody” made Amiri King famous in 2014, when it went viral gaining millions of views.