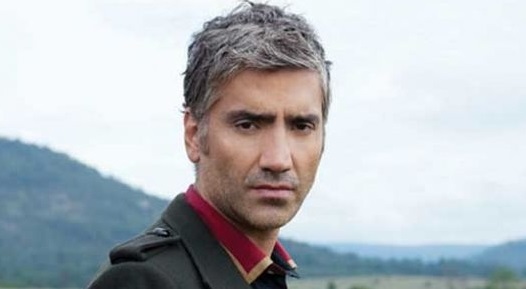 Celebrities we see every day on our screens, usually have a very interesting background and history. Even though their lives seem perfect and exciting, they often go through difficult moments and are often sad about many things, just like we are.

We are going to explore the backgrounds of some of the most famous people on the planet, singers, actors and others, who make our days more fun and interesting with their talents.

In today’s text, we will talk about Alejandro Fernandez, a famous Mexican singer who has become one of the representative celebrities of the 90s and 20s.

We will delve into his net worth, biography and personal life, so keep on reading if you would like to learn more.

Alejandro Fernandez Abarca was born on April 24, 1971 in Mexico City, the Mexican capital; although his record says that he was born in the city of Guadalajara, Mexican state of Jalisco.

He is the son of María del Refugia, better known by the nickname of Diña Cuca, and the renowned ranchera singer Vicente Fernández.

Alejandro is the youngest of the couple’s four children, with the names of his brothers: Vicente Jr., Gerardo and Alejandra. Beyond his musical vocation, Alejandro Fernández, after studying elementary and high school, went to study Architecture at the Universidad del Valle de Atemajac.

Charro by heritage, the son of the famous ranchera music interpreter, Vicente Fernández, was born on April 24, 1971 in Mexico City.

At five years of age, he took the stage with his father during a tribute he received in San Antonio (Texas).

Despite having rehearsed with time and knowing his part perfectly, he was only a child and seeing the large number of people in the audience, his nerves betrayed him and it was not possible to demonstrate his talent under those circumstances.

Many years passed before Alejandro returned to sing in public, in fact, the handsome charro, at first, chose another professional path and decided to study architecture.

While Alejandro studied the Bachelor of Architecture, his father, who was very aware of his talent, proposed to record a duet with him. Alex accepted and the theme Amor de los dos was a success. The young singer called so much attention for his voice and charisma that, very soon, he received another proposal, but this time to record alone.

In 1992 he released his first album, a fresher approach to traditional Mexican music, with which he managed to captivate connoisseurs of the traditional Mexican genre and reach, with great success, the ears of a younger audience that seemed to have already left aside ” the rancheras “.

Such was the acceptance of this new musical proposal that sales soared exceeding the usual sales levels within this musical genre. The interpreter was clear about his true vocation and put aside the architecture to devote full time to music.

Its musical beginning has its origin in 1976, when its father took it before a public of more than 10 thousand spectators so that it sang the subject Alejandra; However, Alejandro himself has confessed that it was more of a traumatic event due to the stage fright he felt.

At the age of 18, he worked with his father on the album Mexico, voice and feeling, where he played the song Amor de los dos, which was a great success and let him know that he had a professional future in singing. For 1992 it sent with the record seal Sony Music, its first album, which took the same name of the artist, Alexander Fernandez.

From this arose musical successes such as I Need to Forget It, Mistakenly, Brumes, and helped Alejandro to reach the second place of the Billboard Regional Mexican Albums, and to tour both Mexican and American stages.

In addition, this first work earned him the Male Revelation Prize of the TV and Novel Awards, which was granted by Rocío Dúrcal.

His definitive entry to the Mexican market happened with the album “Que ser muy feliz”, which included a theme that forged new audiences among young audiences for Mexican romantic music: “Like someone who loses a star”.

The song was a turning point in Alejandro’s career: it marked record sales for the ranchero genre and opened the doors to pop territories, being included in the programming of radio stations not specialized in folklore.

The consolidation was obtained with the following album, “Muy dentro de mi corazón”, which managed to show that the image of the charro singer – in its updated, seductive and modern version – was still profitable.

But Alejandro Fernández wanted more. In the next stage of his career, he came closer to the bolero and the ballad, even though more than one wanted to pigeonhole him as a ranchero singer.

In the new album, Alejandro risked looking for a convincing fusion between the bolero, the ballad and the traditional Mexican music. The formula found her collaborating with producer Emilio Estefan and composer Enrique Santander.

The album was published in 1997 under the title “I am falling in love”, and meant, with almost three million copies sold, the definitive internationalization of the Mexican singer.

For 1993, after performing with his father in the Palacio de los Deportes of the Federal district, Alejandro Fernández released his third album, Piel de niña, from which topics such as Just for Crying, Light Helmets, Girl’s Skin and A la Vera stood out.

Of the road for the following year he released his third album, Grandes éxitos in the manner of Alejandro Fernández, where he sang some hits from singers like Luis Demetrio, Armando Manzanero and José Antonio Méndez. His fourth work was that you are very happy, of which the song as who loses a star, became the most famous of that time, sounding on different stations dedicated to the romantic genre.

However, none of these works would triumph as much as their fifth album, released on December 10, 1996, Muy dentro de mi corazón, which ranked among the top of the Billboard Hot Latin Song and Billboard Latin Regional Mexican Airplay singles charts.

as a traveling Cloud, Hold me, black bow or It’s the woman; in addition to which it obtained a nomination to the Grammy Prizes and another one to the Lo Nuestro Prizes, outside of the more than 200 thousand sold copies that made creditor to his author of two certifications of Disc of Platinum.

For 1997, he launches “I am falling in love” with the production of Kike Santander, Jr. and Emilio Estefan, of which the song Si tú supieras stands out, which climbed to the first position of the Latin Billboard of Latin music and has sold more than 2 million copies around the world.

Although her previous work was of the pop genre, in the following two years she released a ranchero album that is awarded in the Latin Grammy, Mi verdad, in which Fernández sings before the public. In 2000 he collaborated with Julio Iglesias and in 2001 he launched Orígenes, which achieved Platinum Disc certification in Mexico, double Platinum in the United States and Gold in Central America.

For 2002 he sings at the Palacio de Bellas Artes the twenty-two most important rancheras until the time, and then launches the live album of that presentation, Un Canto de México or 100 years of Mexican music.

For 2003, he released the album Niña Amada Mia and for 2004 he appeared in the film Zapata, the dream of a hero, which did not achieve the success expected. For the 2004 it also sends to open heart and in the 2005 collaborates with Marc Anthony and Chayanne in an international tour.

In the following years he collaborates with artists of the stature of Franco de Vita, Beyoncé, Eva Longoria, Nelly Furtado, Marco Antonio Solís and Joan Sebastián; in addition to the release of the album Viento in favor, in 2007, Dos mundos (Evolución) | Two Worlds (Tradition), in 2009; Confidences, in 2013; and Breaking Borders, in 2017. Alejandro Fernández also received a star on the Hollywood Walk of Fame on December 2, 2005.

The success of that recording gave rise to a new invitation. This time, however, Alejandro would face the microphone as a soloist. In that second compilation his version of “El andariego” appeared. The song escalated to the first places in the popularity lists. Not bad for an amateur singer. The elegance and sympathy of Alejandro Fernández were so evident that the proposal to launch a first album of his own was not long in coming.

The year 2004 was marked by a reencounter with that pop vein that amalgamates tradition and feeling. Both adventurous and romantic, “A Corazón Abierto” brings Alejandro together with producer and songwriter Kike Santander (winner of a Grammy), responsible for the successful songs in “I am Enamorando,” as well as with the new generation of composers such as Gianmarco (who has written songs for Marc Anthony and Gloria Estefan), Leonel García (member of the Sin Bandera duo), Reyli Barba and the Mexican group Tres de Copas.

“A Corazón Abierto” talks about love, although never in a solemn or boring way, and in this the sound goes beyond the traditional: it has been enriched with instrumental sounds, guitar, strings and some mariachi lines that become a mix of folklore, rock and very natural and subtle rancher elements. “A Corazón Abierto” is one of those albums in which each line of the melody is memorable, where each song is a potential success. The magnificent emotional and musical interpretation are compelling.

Alejandro listened to more than a hundred songs before selecting the 12 songs that make up this record. In the hands of a prodigious singer the results were sensational: one million copies sold, double platinum record in Mexico and gold record in South America, Argentina, Spain and the United States.

Later came a live production from which came a CD and a DVD “Mexico Madrid live and without scales”. 28 musicians on stage and an atmosphere full of magic formed the perfect stage for the interpretation of their greatest hits, as well as typical Mexican songs in an acoustic version.

The arrangements combine the essence of Mexican music and touches of flamenco rumba.