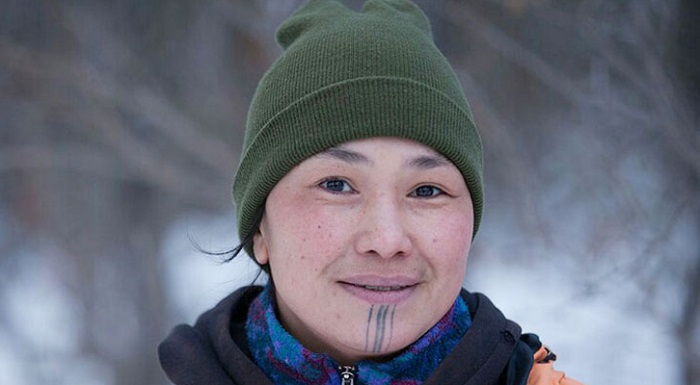 Agnes Hailstone is one of characters in documentary TV series on National Geographic Channel named Life Below Zero. She live with husband and seven children 19 miles North of the Arctic Circle.

In 1972, when United States was hited by Hurricane Agnes, on June 14 Agnes Hailstone was born. She was born in Noorvik, Alaska, what makes her native Inupaiaq. She is raised in her birth place from big Alaskan family.

Agnes Hailstone is insiprational hunter and she have skills to survive in this occations. She have rifle and knife which help her in surviving and getting things like food, clothes or daily needs. Her rifle is Mosin Nagant which is five-shot military rifle with range of 500m, she uses it while hunting. Her knife for all else purposes is named Ulu.

From May 19, 2013, she is one of main characters in documentary TV series on National Geographic Channel which is named Life Below Zero. This series shows to the audience seasonal and daily activities of hunters and their lifes in areas of Alaska. It is about people which live in the below zero conditions and how they manage with their struggles while hunting and survive.

Other characters in this show are: Sue Aikens, Glenn Villeneuve, Jassie Holmes, Andy Bassich, Erik Salitan and Chip Hailstone (husband of Agnes). This show at first was aired on Sunday night, than on Tuesday night in Season 4. Now is on Tuesday at 8pm.

Agnes was principal in family compani named Caribou Arts and Adventures which now is not active.

Agnes was in marriage with man whose surname was Carter. There are not many informations about him, but Agnes have two kids with him: Douglas Doug Carter and Jon Hailstone.

After divorce with him she married to Chip Hailstone. His birth name is Edward V Hailstone and he was born in 1969. They met in Noorvik in 1988, which is 29 years ago. With her second husband Agnes have five daughters. Their names are: Iriqtaq, Quitan, Caroline, Mary and Tinmiaq.

Douglas Carter is hunter. He is in early thirties. He is married with Gloria Iyatunguk and they have five children. He live with his family in Deering, Alaska. Jon Hailstone is also hunter and he too have his family.

Iriqtaq is 20 years old and she is in college. She have son Wade, who was born in 2016. Mary was captain of basketball team in freshman year. Younger daughters of Agnes are still attending Noorvik High School.

Occupation: hunter, survivor, one of characters in Life Below Zero

Her source of income is television show Life Below Zero.

Agness Hailstone do not have profiles on any social network.

This incredible women is inspirational hunter. Eskimo womans have tattooed stripes of her chin which is ritual of maturity and signal that she reached puberty. This tattoo give seriousness to woman and it‘s indicator that girls should not fool around and laugh too much.

Agnes have rifle Mosin Nagant and knife for all purposes called Ulu which helps her to hunt and survive.

Agnes Hailstone was born in Noorvik, Alaska on June 14, 1972. In the same year United States of America was hitted by huricane named Agnes.

She is hunter and survivor who uses rifle Mosin Nagant and knife Ulu.

Agnes and Chip Hailstone are characters in television series on Nacional Geographic Channel named Life Below Zero. This series was released first time on May 19, 2013 and they are still running.