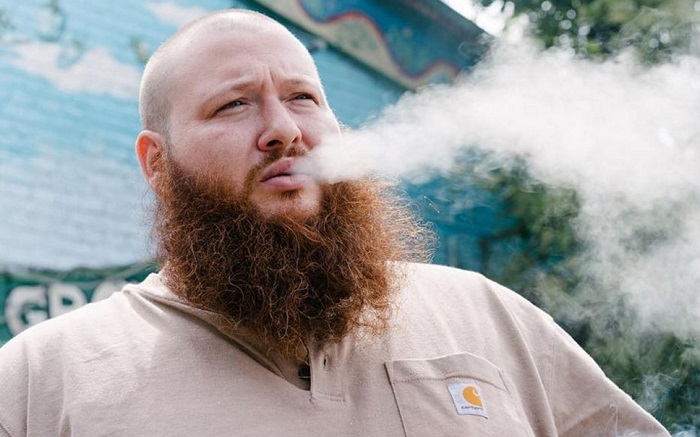 It is not an uncommon thing that rappers get involved in some other professions, and gain even more money, besides their primary occupation. In cases of some other rappers, they have one occupation that brings them a lot of cash, and they happen to know to rap and make money out of it.

In the case of Action Bronson that another thing is cooking and this can be called his true call, but since he is so talented for rap, he combined the two; enjoy while doing it, and make some serious cash along the way.

His real name is Ariyan Arslani, but he gains popularity by his stage name Action Bronson. He is a chef, reality television star, an author, and of course, a famous rapper who monetise everything that is connected to his famous name.

As a rapper, Action Bronson has often been compared to Ghostface Killah for their similar sound and style, but he said that his inspiration could come to him at any time and any place. He likes to travel, so he finds it anywhere he can – Action has travelled the world, often on his Harley.

He still working successfully and his net worth is around 7 million dollars.

Ariyan Arslani or as we know and love him Action Bronson was born in Queens, New York in the USA; and he was raised by a Muslim father of Albanian descent and an American-Jewish mother.

This part is really interesting since Action said in one interview that he had so many influences in music, primarily from his father, who often listens to different music in the car, like Carlos Santana or Queen. His father was also in a band.

It is interesting to know that Action was raised in very strict Muslim traditions before he began his career – those who know him claim that this upbringing made him the man he is today.

As far as his name goes, while he was growing up in Queens, Bronson’s tag name was Action – he adored to watch 1980s film series Death Wish, starring Charles Bronson; so he combined the two names, Action and Bronson and out came Action Bronson. This is the name that he is famous for till this day, although he has two more nicknames – Bam Bam and Bronsoliño.

His love of cooking came because his family had a restaurant and Action often help out his parents; he even attended the Art Institute of New York’s culinary program. Prior to his music career, Action worked in New York City as a chef, he even began an online cooking show titled “Action in the Kitchen” and also published a cookbook “Fuck, That’s Delicious”.

Action Bronson, before starting successful rap career, worked in many different restaurants – steakhouses, vegetarian restaurants, a lot of Middle Eastern food, festivals and street fairs – as he said it, he passed the whole circle when it comes being a chef, and by his own claim, this was the experience that enriches him in so many ways.

He has done it all, and this multiculturality made an impact on this rapper for sure.

During one of his shows, he encountered misfortune in the kitchen, which led to a leg injury. Then he focused on the rap industry, since he was always interested in music and truly had talent. He never said that he was the rapper who cooks, but a cook who knows and love to rap.

He rides Harley, and he is a rapper, a chef who always, even in his youth, liked rapping, but this was just a hobby for him.

One thing where he mixes his love for music and food are lyrics – he talks a lot about food, about things only true food lovers know, as Action said once in an interview. Action stated many times that the part of his uniqueness is the fact that he raps about things that other rappers do not (want or can) so he speaks of things he knows and loves – the food. He speaks of it in such details and admiration that you have to respect such an idea.

But focusing just on rap, he transforms his talent into a career while he was recovering from his leg injury -Action Bronson rap and wrote more and more. This was the starting point when everything changed for Action and made him one of the biggest rappers of today.

This American hip hop recording artist was signed with Warner Bros, and later on, he moved to Vice Records that is a part of Atlantic Records. He made amazing success under both record labels, and many songs are still very popular.

“Dr Lecter” is the name of his first studio album that was released in 2011, next album soon followed, it was named “Well-Done”, and it was also released in 2011. The fact that he released two albums in the same year proves that Action was the rapper that has so much to say.

One interesting thing happens during this time – Action Bronson went from underground to the mainstream hip-hop. Action gains more and more recognition from fans, more and more people accepted him and his style of rapping soon after critics follow this admiration.

In this period, somewhere in 2013, Bronson was also featured on XXL Magazine’s Freshman Class of up-and-coming rappers. This was a big honor for Bronson.

One year later, Bronson went back to cooking, and his first love; he came back to making videos, and in the March of 2014 he produced and starred in  “F*ck That’s Delicious”.

This was the show that changed how people who were his rap fans looked at him.

In 2015, Action released his third studio album called “Mr Wonderful”, and after that, he released two EPs and 4 mixtapes. On these projects, Action worked with the hip hop producer The Alchemist and Party Supplies as well as Harry Fraud, his usual companion in music.

Single “Actin Crazy” followed, and Bronson said that he has so many influences, and some of them are Wu-Tang Clan, Nas, Kool G Rap, Mobb Deep, Cam’ ron, and UGK.

Action Bronson is best known as a rapper and chef, but as far as his personal life goes, he is one person who openly speaks about his personal life, but even this is true, the public does not get enough information about his previous relationship, or dating history. What we do know, even if he has not confirmed it, but he has spoken on several occasions of this topic, rather always shy.

This rapper and chef has two children, and he stated in many interviews that he always worked hard, because he wanted to give a better life for his children. He has one son named Elijah and daughter, Hannah who seems to be, according to a few sentences that he shared with the public, as his favorite. And in one interview Bronson opened up and said that his daughter is incredibly talented for music and that she likes Nicki Minaj.

Bronson said that if he should choose to dedicate his song to a woman that would be his mother or his daughter – he said that this is normal since his mother was by his side forever. He never romantically spoke about any woman.

Bronson never actually reveal who his baby mama was, but he said that if he ever got married that he will share that with the public. But he did dedicate two songs to his children.

Being that as it is, he is clearly unwed, and he has been in some relationship during a time, but these were all low key connections that the public does not know anything.

Many people who know him say that Action Bronson is one of the warmest people they have ever met. In one interview he said that he is always the one who will say that he was wrong.

What also separates Bronson from many other famous people is his altruistic spirit. He said that he has so many sneakers and that he loves to donate them for people who need it; even more, he likes to encourage others to do the same.

Some describe Action Bronson as the rapper who has it all, he is the one that has many talents, he travels the world, he eats and cooks the best, but his music is also very interesting, and he has so many fans.

He said once that the food business is something that he treats like a baby, and he constantly has to be present, so he likes to do things his own way, cause no one will love that business as he does.

That he did this on purpose – so we could say that this interesting artist, the performer that likes to tickle the audiences and to provoke them in some way – and to be honest how many rappers you know that so interestingly rap about food?

He said that he is unique and that he does not sound like anyone else, and this is true, although his main influences will be a mixture of Kool G Rap and Cam’ron – Action spoke about these two on several occasions, pointing on them as the main influences.

His Net worth comes from many incomes, and he is a chef, he has a fantastic rap career and hosts many talk shows.

Action Bronson is one of a kind and unique personality among celebrity rappers, because of all things that surround him – his private character, and style of rap.

Action is a car lover, and he has a lot of BMW models, and even he got a tattoo of this model.

He has published a cookbook with over 40 his recipes, and he sells shirts, mugs, CDs, songs, phone cases and other stuff. Everything that is connected to his name and work you can buy.

In the end, big cash did not change Bronson; he still lives in his Queens, in the same neighborhood – this just shows how modest he can be.