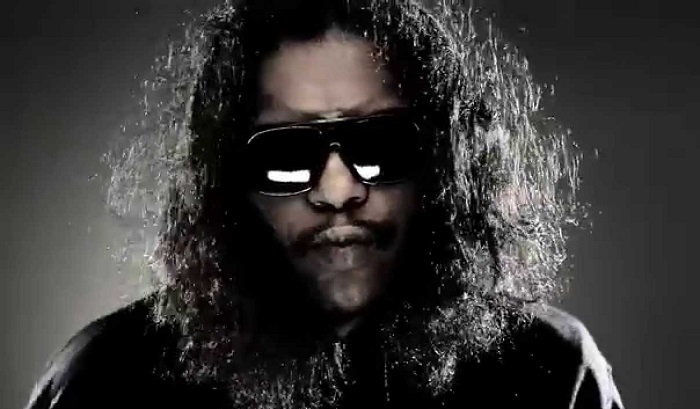 Ab-Soul is an American rapper and the leading member of a hip hop group named “Black Hippy”, known for his unusual hairstyle and voluminous hair as well as his brilliant verse delivery.

He was interesting to the public due to his appearance and the big hairstyle.

He was born as Herbert Anthony Stevens IV on February 23rd, 1987 in a city in the south of Los Angeles County called Compton, located in the United States.

As a kid, he has spent four years with his family in Europe, in Germany to be exact, where his father was deployed as a part of a military force.

His father worked there as military personnel but his mother stayed at home to take care of him. She couldn’t get used to living in Germany and she miss3ed her family from her native country a lot ao she was very unhappy while they were there. This caused tension between her and her husband and their marriage started to fall apart.

He doesn’t remember much of these days but he has photos which show him where he has been as a baby boy.

His parents started having troubles in marriage and his mum didn’t want to stay in Germany, so after his parents split she took her kid and moved back to the United States.

He was a boy of 5 when he got really interested in video games and wanted to earn money from it. He was also a big fan of the NBA and played serious basketball too.

He was 10 years old when he got really sick. He was attacked by a rare virus which caused Stevens-Johnson syndrome which is a severe reaction of the skin.

The virus was very life-changing for him because it attacked his vision and skin. He couldn’t be without sunglasses and he wore shades while he played basketball. It made him question what career he would choose.

When he became a teenager the disease changed his skin so he gained dark lips and always had to wear shades in order to protect his eyes. His looks made people curious since he had to wear his sunglasses almost all the time.

He was often teased about it in high-school but never had any huge problems because of it. His school mates thought he was kind of peculiar but soon everybody got used to him.

He was 12 years old when he got interested in rapping, but he was a part of the music world from an early age since his family owned a record store where he spent a lot of time listening to music and looking at records.

He joined the Black Planet freestyle chat where he freestyled by typing and was quite good at it.

It was called key styling and he thinks it was the place where he developed skills for good rhyming.

He liked this very much and decided that he will try himself in hip hop. Stevens even started writing rhymes when he was a young teen.

Since he was a very good student in high school his parents were very happy for him and saw him enrolling a good college. His parents weren’t really happy about it they decided to give him a chance and supported him in his music career thinking if he failed that they will help him enroll college again.

He enrolled in the community college after he graduated from high school but then he discovered that he wanted to become a rapper, as in a career choice.

He finished only one semester when he dropped out because he was not interested in learning anymore. All he wanted to do was to sing and rap.

It was in 2002 that he recorded his debut single which had good critics from the public.

He continued making music, getting a contract with Street Beat Ent., a record label who got interested in his work.

He was a member of a small group named Area 51, with Snake Hollywood.

In 2008, he appeared in Jay Rock’s first single titled “All My Life (In the Ghetto)” and the same year he started working in his own mixtape.

The first single in the mixtape was “A Day in the Life” and he released the video on Youtube.

The mixtape was named “Longterm” and it came out in 2009.

It was in 2009 that he came up onto an idea to form a group named Black Hippy, alongside rappers he often collaborates with.

They were Schoolboy Q, Jay Rock and K-Dot (today known as Kendrick Lamar).

In the summer of 2011, he has released a sequel of his first tape and it is titled “Longterm 2: Lifestyles of the Broke and Almost Famous”. The mixtape received god critics. In 2011 he has released a single named “Hell Yeah”, featured by his label mate Schoolboy Q.

He also made a collab with Kendrick Lamar in a single titled “Moscato” and his next album titled “Longterm Mentality” was released through iTunes in 2012 and it went to No. 73 on the US Charts.

He released a song named “Black Lip Bastard” in 2012 in promotion of his 2nd album titled “Habits & Contradictions”.

Schoolboy Q invited him to tour with him on #TheGroovyTour. It was a very interesting experience for him and he was pleased to do it and learn how life is when you are on the road.

In 2o12 he has released a video made for one of his songs titled “Emohsty” and his girlfriend Alor Joh guest appears in it, and who took her own life three months before the release.

He made a great collaboration with Kendrick Lamar, on a single “Illuminate”. His album “Control System” was released a little after “Empathy” and was again releases on iTunes and was completely dedicated to Alori Joh. The album entered the Billboard 200 chart on No. 83.

He also appeared on Joe Budden’s tape and the single “Cut From a Different Cloth” which gained huge publicity.

Ab-Soul made it to 2013 Freshman Class published by magazine XXL.

He was one id the nominees for Album of the Year on 56th Grammy Awards for his work on the album “The Heist” made by Macklemore and Ryan Lewis.

Stevens released his first album to be sold in retail in 2016, under the name “Longterm 3”. It was almost completely produced by The Alchemist.

He was endorsed by Vitamin Water company and advertised Vita Coco.

His first show appearance was on Rap Fix Live in 2013.

As for his personal life, he has previously dated a singer named Alori Joh. She collaborated with him and Kendrick Lamar and they started dating. She died by jumping off a radio tower in Compton.

Ab-Soul dedicated one song to her, titled “Book of Soul” and it is a very touching song. Her death was a huge shock for him.

He started dating Yaris Sanchez in 2013. She is an Instagram model.