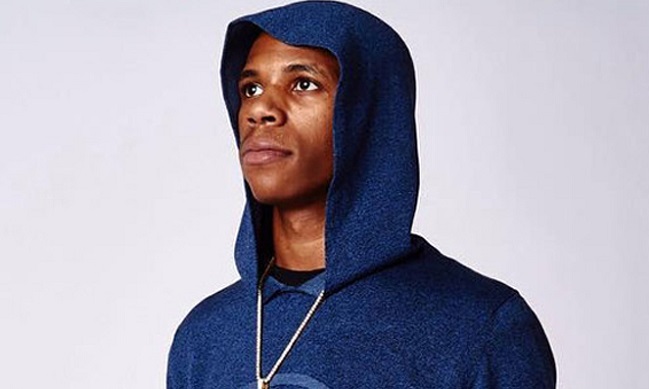 A Boogie wit da Hoodie is a stage name of a popular American rapper and a singer who came to limelight as the new name in the world of hip hop in 2017. He soon became one of the most wanted performers and gained thousands of fans very quickly.

He is praised for his creativity and hard work. He is one of the few artists in this community (especially hip hop) that always hustles and spends not so much time partying.

He was born as Artist Julius Dubose on December 6, 1995, in one of the New York City’s boroughs named The Bronx. The Bronx was always notorious due to the constant high crime rates and problems with drugs. This was obviously a huge problem for him and his parents were always very worried about him getting into big trouble and therefore they tried to keep him off the streets as much as possible.

He was raised in a part of the Bronx called Highbridge and gained interest in hip hop at a very young age. He was a young teen of about twelve when he began rapping, inspired by a very popular rapper and producer named 50 Cent. 50 Cent was his proof that anyone with talent can succeed only if he works hard and is focused on his vision.

Artist also stated later that you have to make music out of love and not for the money. He is much of a passion guy and he talks about how people only love music for the money and the clout. He is certainly one of those people that are always focused on what they love instead of what seems to be a good investment. This often brought him trouble, but he was always a happy man he says.

Artist was also a big fan of Kanye West, who is one of the most known American rappers. He did question this, however, when Kanye got into some troubles during his controversies. He had to reconsider his choices because there was a chance that he’ll be connected to him.

He was a student at Eagle Academy and spent a lot of time rapping freestyle whenever he could. He did it even at lunchtime in high-school. He always performed in front of his classmates but was always quiet in class and sat in the back. He was never really interested in studying and always just focused on his rhymes.

He didn’t come up with his unusual stage name “A Boogie wit da Hoodie” himself. People started calling him Boogie because he liked to watch an American crime movie titled “Paid in Full” a lot. There was a character in the movie named Boogie so Artist got the same nickname.

A little after he started wearing hoodies all the time so people started calling him “A Boogie Wit Da Hoodie”, combining the two things together.

He said that he felt that the name suited him well and if he had chosen the name himself, he would choose this one or just use his own name which is Artist. Many people make fun of him because of the name and there were a lot of artists that claimed he was actually too childish and unprofessional, but following his gut feeling seems to work pretty well.

At one point of his teenage Artist fell into trouble in his neighborhood. His parents found out about it and became very worried about him. The parents learned that Artist started selling drugs in the neighborhood and it scared them a lot that he would eventually end up in jail.

They decided that he should move to Florida because of it, so he moved there and stayed with some family members. This was a really calming experience and he said that it was an important part of his career because he needed some time to rewind and get a little break from everyone else: the media, the clout, and the paparazzi.

He enrolled a school in Fort Pierce in Florida where he graduated. He never considered going to college because he wanted to focus on making his music career reality. During that period of time, he worked in many workplaces: he delivered pizza and worked on construction sights although these were though jobs.

He has released his debut song “Quiet Storm” in 2015. It was the same year when he decided to return to New York, to his home town. Artist felt that it would be easier for him to make a career in his hometown since he knew everything and everyone there and was even more creative at home.

He started a collaboration with another rapper named Quincy “QP” Acheampong and created a home studio for the two of them. They decided to create their own label and they named it “Highbridge”. It was a really big and a really bold move as well, but they wanted to create and leave an impact and therefore they went with this risky choice.

In February 2015, Artist released his first mixtape titled “Artist” which was very well received in the world of hip hop. We may even say that it launched his career in music. Forbes has even included Artist into their list of rappers to follow in the future which means that they have predicted him a good future in music.

Dubose later stated that the reason his mixtape came out better than he himself excepted because of a though break-up he had in the same period. It influenced the mixtape giving it a very emotional touch. His second project was made in collaboration with “Highbridge the Label: The Takeover Vol. 1”. His great accomplishment was that he became an opening act on Drake’s and Future’s tours.

In the summer of 2016 Boogie signed to Atlantic Records after a very short time of being a rapper, and he was amongst few rappers who gained that position in such a short period of time. This was a big move and he was questioning it for a long time, but he decided to do it anyway.

He also appeared at BET Hip hop Awards in September later under the name “TBA”. It is an acronym which stands for “The Bigger Artist”. It was a really confusing moment and he gained a lot of media attention.

The album was very well received and got its place on the list of Best Albums in 2016 made by the famous Rolling Stone magazine.

In the summer of 2017, he entered the “2017 Freshman Class”, a list which is published in the most popular American hip hop magazine named “XXL”. It was a great honor and he did gain many fans because of this. It was a good investment.

By the end of 2017, he has released his first studio album named simply “The Bigger Artist”. His album had guest appearances of several prominent rappers like Chris Brown, 21 Savage, and Kodak Black.

Artist was very proud of himself and the fact that he started working with such prominent names in hip hop. He is also in the media a lot because of it.

Kodak Black and Artist made a hit song titled “Drowning” which came to very high No. 38 on the Billboard chart. He guest appeared on a single “Keke” made by 6ix9ine in January 2018.

By the end of the same year, he was featured on another single made by 6ix9ine, named “Waka”.

In December 2018 Artist released his second album which eventually came to No.1. on the Billboard 200 chart and sold very fast, gaining him a lot of money.

The album is titled “Hoodie SZN” (which is pronounced Hoodie Season) and the album has several guest appearances from Offset, Tyga, 6ix9ine and other artists.

In January 2019 his album “Hoodie SZN” released by Highbridge and Atlantic Records sold only 823 copies of the album but reached a high number of 83 million streams. This album reached No. 1 on Billboard chart that week.

In one of his interviews, he stated that he feels like he’s a rapping version of Michael Jackson but not in a dance version but in the hip hop/R&B way. He even made a track “Billie Jean” on his album because he liked Jackson’s music.

In 2019 he started his “A Boogie vs. Artist” tour in the United States and successfully ended it a few months later, earning himself some serious money, not only from the tickets but also from his endorsement contracts.

One of the songs on his album is named “No Promises” and is made as a homage to one of his fans who was killed at his concert.

His other notable song was “Drowning”, a huge hit made with Kodak Black went Platinum.

He also has his own clothing brand named “Highbridge”, named after his neighborhood.

He is in a relationship with Ella Rodriguez, more known for her online name “Ella Bands”, who is a social media influencer.

She has over 1 million followers on her Instagram channel. She has her own website where she sells her lash collection “Slay by Ella”.

They have a daughter named Melody Valentine Dubose who was born in February 2017.

Boogie seems like a very down to earth man. It seems that he doesn’t go crazy for chains, cars or flashy stuff. He appreciates his family very much, especially his daughter.